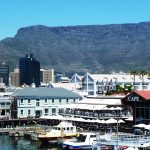 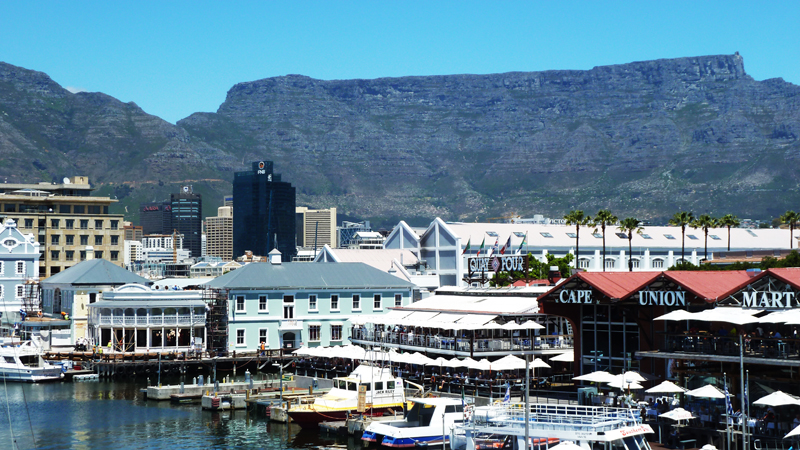 We haven’t been to the V & A Waterfront in a while and decided that it was time for a visit.  Lunch would be at an old favourite, The Greek Fisherman.  The restaurant opened its doors in 1992 as an informal and hearty Greek restaurant.  Their Meze was fabulous and therefore the restaurant was always on our to-do list during our visits to Cape Town.

After moving to Cape Town in 2010, we were surprised to find that it had a new look.  The informal look made way for a very la-di-da look.  Unfortunately, we firmly believe that this is not the look for a restaurant situated at the waterside.  The menu also had a face lift and our favourite Meze was there no more.  It seemed that there were less patrons when we visited the restaurant with its new look.

But, on Friday, we decided to have lunch at our favourite restaurant again.  A huge surprise awaited us.  It had a new look – again!  The restaurant moved to another spot with a beautiful view of the harbour and decorated in crisp blue and white colours, our hearty, informal Greek Fisherman was back. 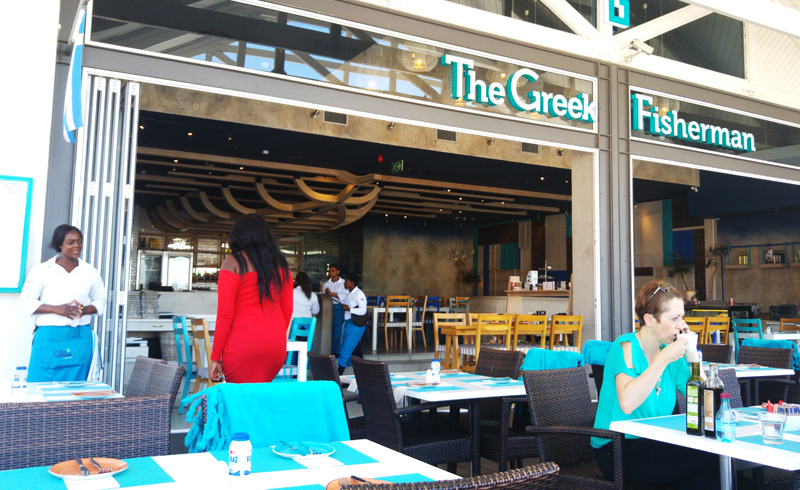 We were seated outside on the deck as it was a lovely, sunny day.  Deon ordered grilled Line Fish, which was Yellow Tail, served with savoury rice. 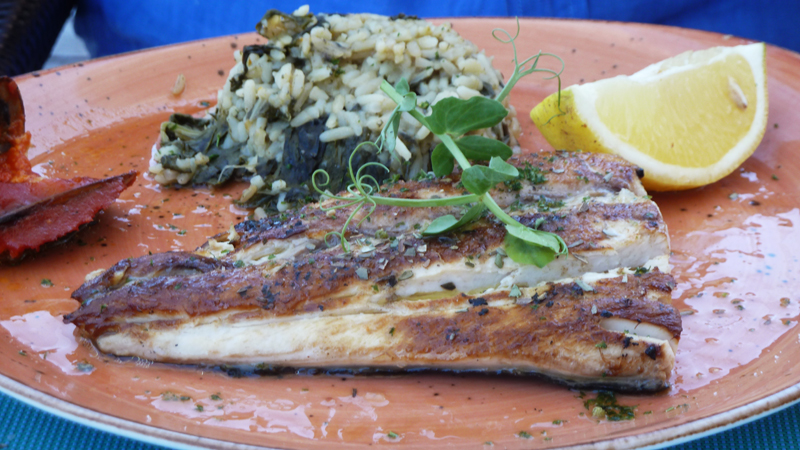 He was very happy with his dish.  I opted for the Moussaka, served with a stuffed tomato and potato wedges.  Unfortunately, there was cinnamon in the Moussaka. Although it is authentic, I prefer my Moussaka with a pinch of nutmeg, as served by the Greeks in Santorini and Athens.  For me, cinnamon is served with pancakes and that is it.  Cinnamon should not be used in any other dish, but that is my humble opinion. 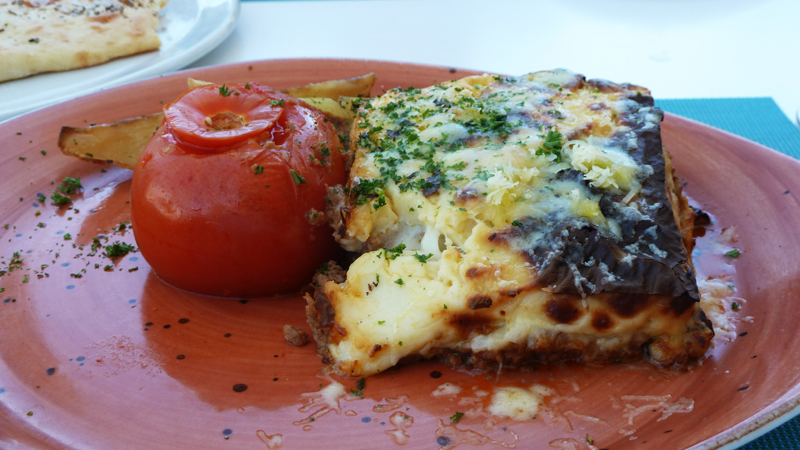 For dessert, we shared baklava (with cinnamon).  Next time we will order our favourite Greek Meze. With a view to die for, the Greek Fisherman is once again our favourite restaurant at the waterfront. 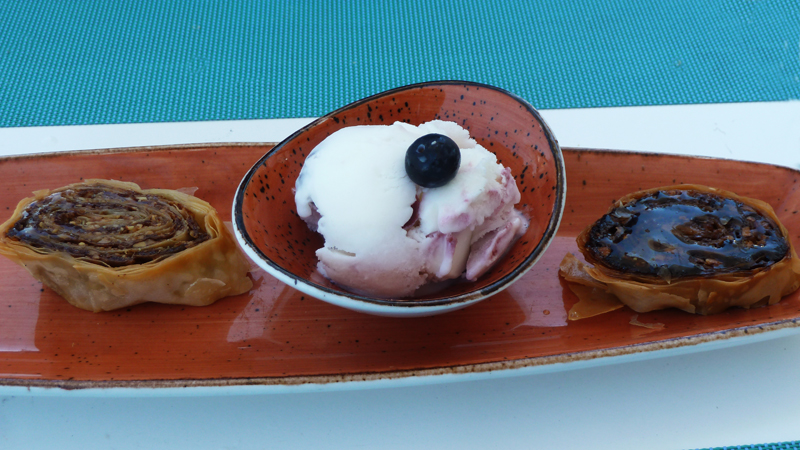 The Jolly Roger Pirate Boat took passengers on an adventure trip around the harbour while we were having lunch.  It looked exciting and we would like to go on a trip when time allows. 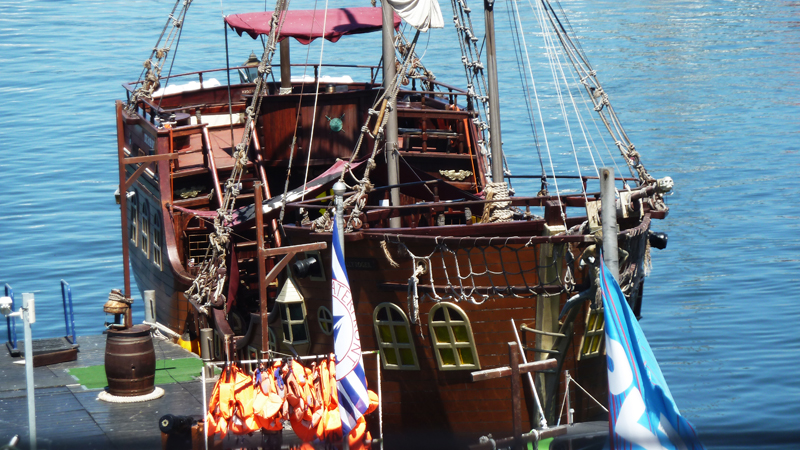 We also saw that the Zeitz Museum of Contempory Art Africa was almost completed.  Another activity for our to do list when it opens in September 2017. 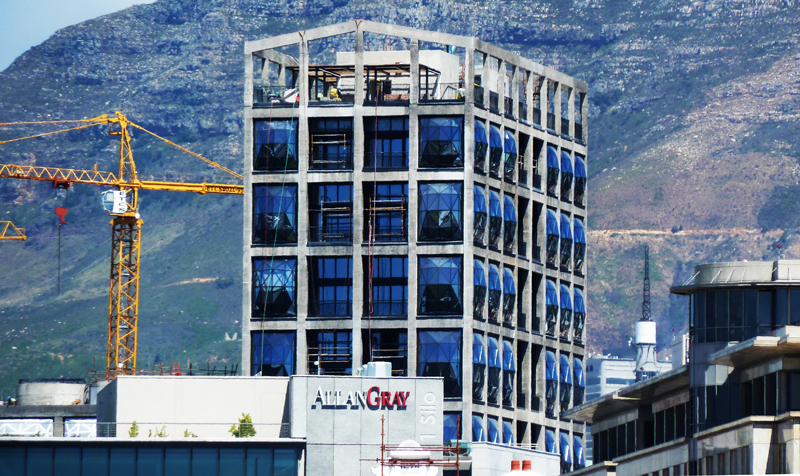