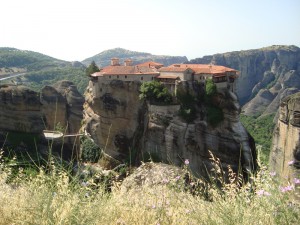 In June 2010 we were off to Europe and we included Meteora, meaning suspended in the air,  in Central Greece as part of our itinerary.  We booked into Plakias guesthouse in Kalampaka, the city under the towering rocks of Meteora. What makes Meteora worth the visit is the monasteries built on huge rocks. Many tourists gather in Kalampaka every year to torture themselves climbing the many steps to the monasteries.  … END_OF_DOCUMENT_TOKEN_TO_BE_REPLACED