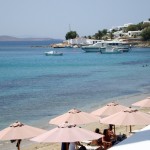 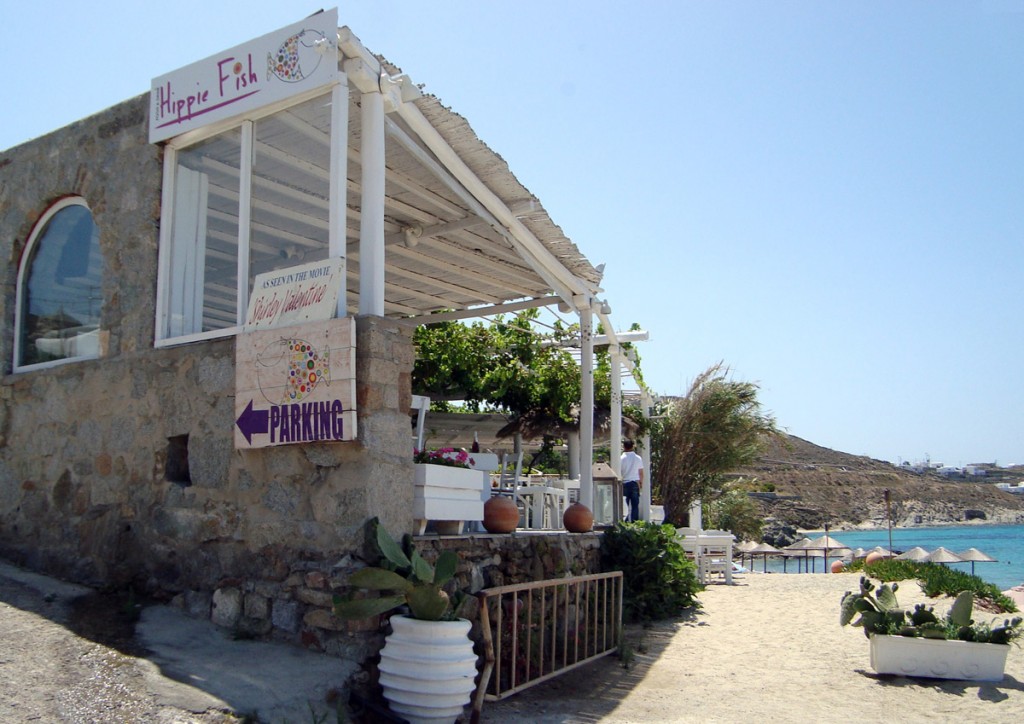 Our favourite movie (or at least one of our many favourites) is Shirley Valentine. We have watched it many times.  [At first I was not allowed to participated in the dialogue, later on I was not allowed to move my lips in sync with the the dialogue (Master of the House)].  Whenever one of us felt we were losing the art of living and of a good marriage relationship, we would watch the movie again. 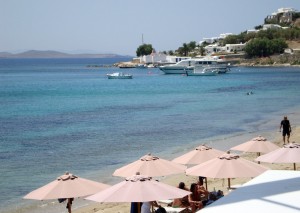 We travelled to Greece in June 2010 and as our wedding anniversary would come up during our stay in Greece, we decided to spend our special day on the Agios Ioannis beach on Mykonos, the beach made famous in the movie Shirley Valentine.  We would have our lunch at the Manoulas restaurant.

When our special day arrived, we took a taxi to the beach.  The beach was still the same, we knew exactly were Shirley was sitting at a table on the beach, sipping Greek wine and watching the sunset when here husband arrived.  After being in the sun and in the water for some time, we went to the restaurant.  It was much bigger now and modernised.  But it was still awesome to sit there and to look out over the crystal clear water while eating Greek meze (not egg and chips) and feeding a stray kitten anchovies (totally against restaurant rules).  It was our dream come true!  Shirley was not prepared to settle for second best, and neither should we.

Back at our pension, we were surprised by Maria, the owner.  Our room was decorated with fresh flowers and we received a bottle of wine with her wishes for a happy future. 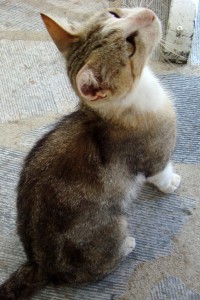 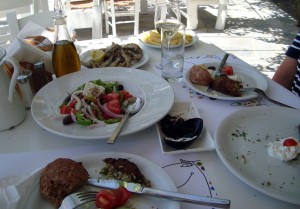 Meze for our Anniversary