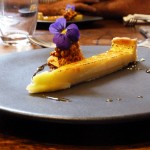 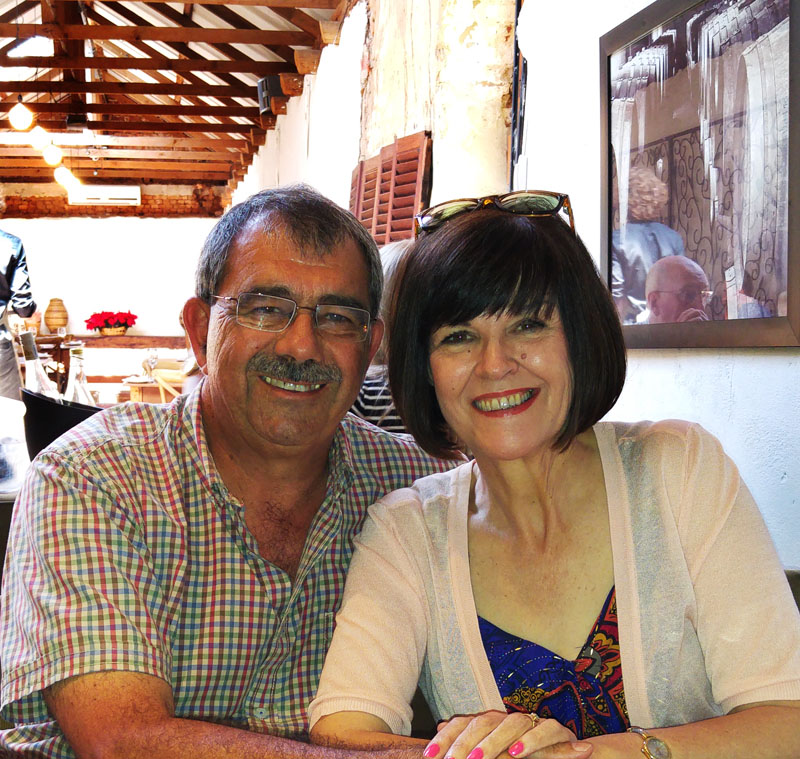 We have been at Diemersdal Farm Eatery before, in fact, a couple of times, but when we heard that our friends Kobus and Erna from Port Elizabeth would pay us a visit in December 2015, we decided to introduce them to Diemersdal Farm Eatery. During the December holidays it is quite difficult to find a table at a restaurant like this, as it is usually fully booked. But, we were lucky enough to be able to reserve a table for lunch. 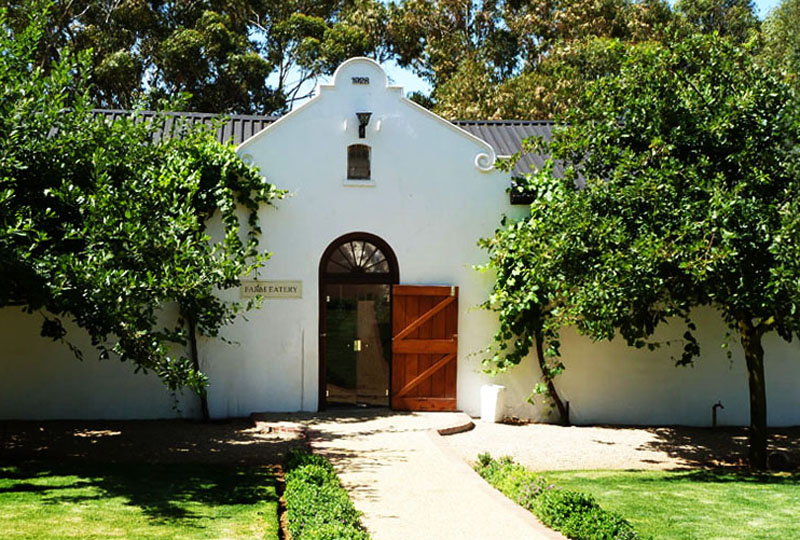 Diemersdal Wine Farm is situated on the M58, Koeberg Road in Durbanville, Cape Town. The farm was given to Hendrik Sneewind in 1698 by Simon van der Stel, first governor of the Cape Colony. When the widow of Sneewind married Captain Diemer later, Diemersdal was established. Since 1885 the Estate has been in the hands of the Louw family and today it is one of the Durbanville Valley’s finest wine farms.

On the farm you are met by historical white buildings and umbrellas on the rolling green lawn before entering the high ceilinged shed with exposed beams. The atmosphere inside the restaurant is cozy and relaxed, almost old worldly. 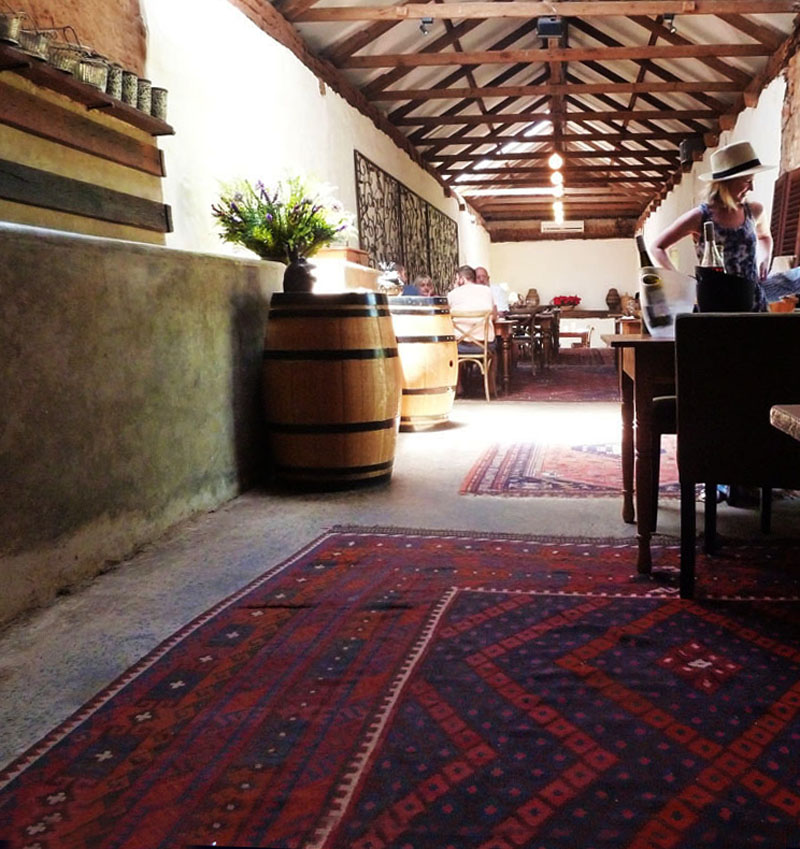 We were served by a competent and friendly waitron. Erna ordered the Crispy Duck Salad with semi dried oranges, rainbow baby beetroots, cucumber, honeyed parsnip puree, crispy confit and watercress. I settled for the fish of the day which was Pan Roasted Hake Saldanha Bay and mussel chowder with wilted spinach, potato crisps, asparagus, peas and rocket salad. The men decided on Tapas for mains which consisted of butternut soup; crispy squid; slow roasted pork belly and pea risotto. Martin de Kock proved once again that he is a very accomplished chef – the food was not only perfectly prepared and tasty, but also visually pleasing. 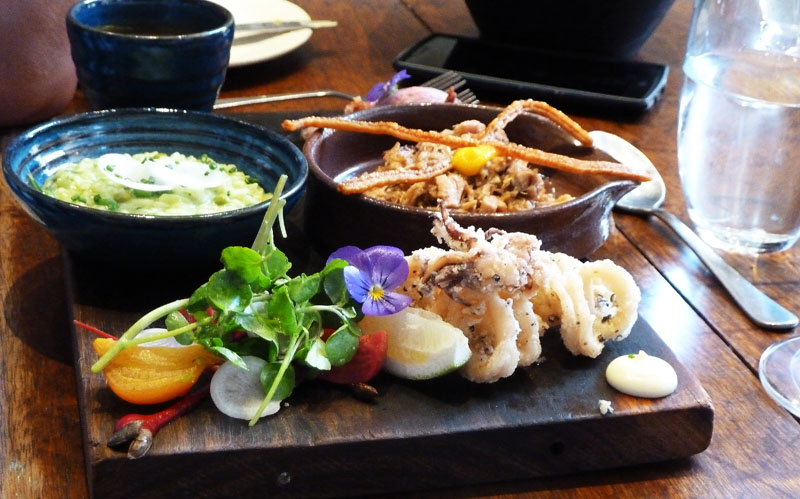 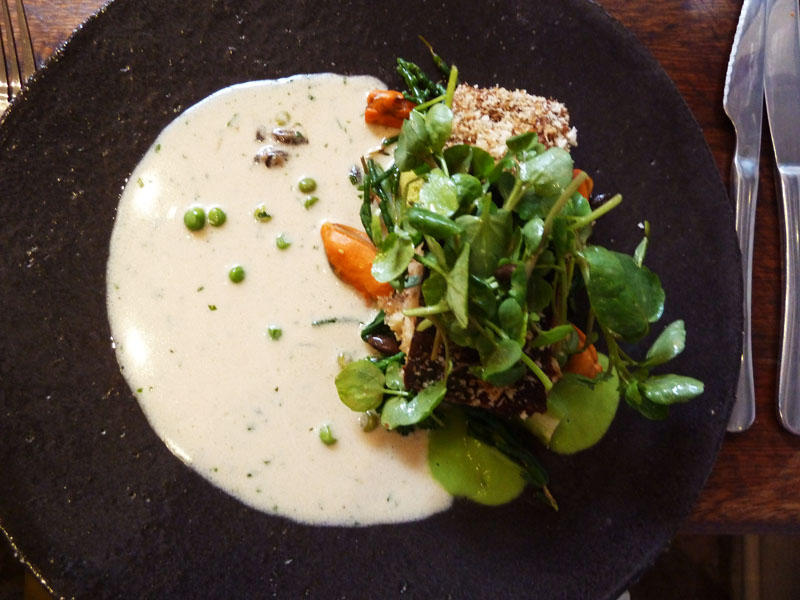 After the mains and as part of the Tapas, the men were served with beautifully presented Crème Brulee, which they “happily” shared with their wives. This is an extraordinary restaurant and what we really love about this restaurant is that the menu regularly changes. 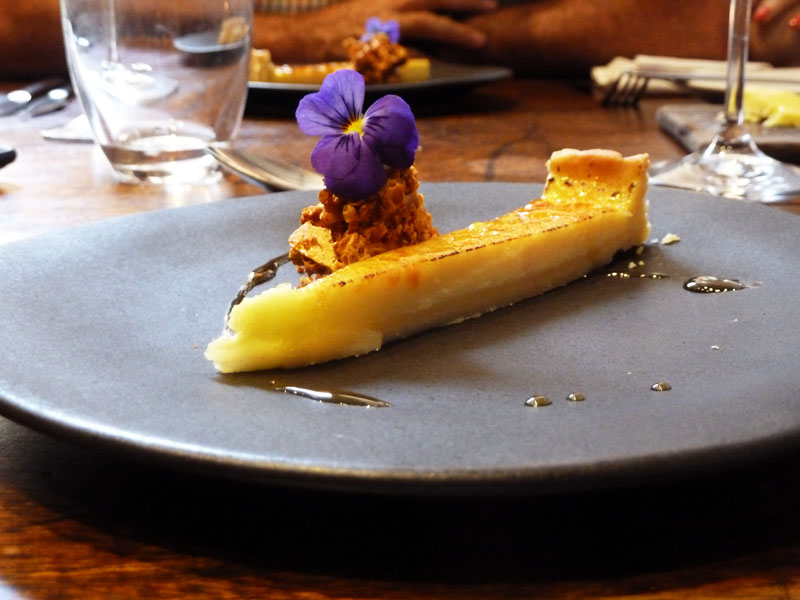 It was a wonderful afternoon in a fine establishment accompanied by our good friends.