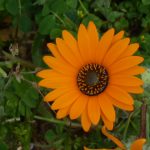 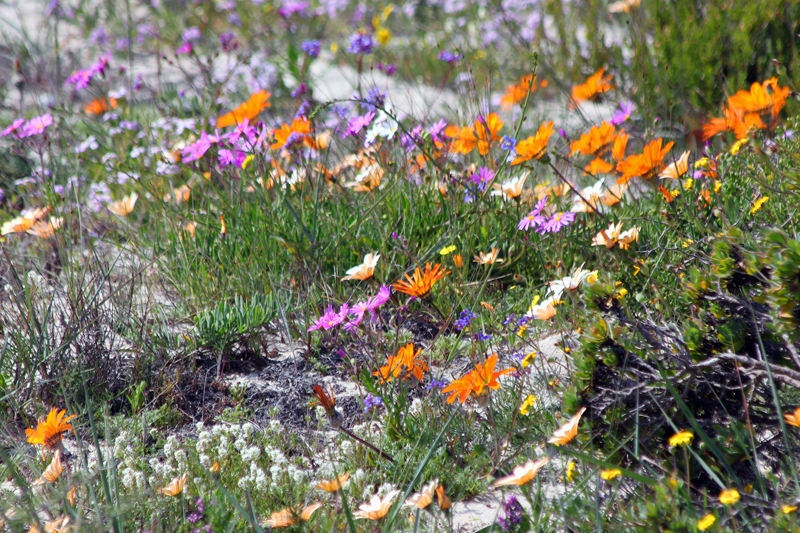 In spring it is wild flowers in abundance along the West Coast and we were off to the southern part of the Langebaan Lagoon, which is part of the West Coast National Park. The flowers are spectacular in August and September and then the Postberg, which is situated within the national park and privately owned, is opened to the public.  The flowers usually grow on granite or limestone rocks.

We had to drive quite far into the park before the flower show started.  Many visitors were along the road and among the flowers taking photographs of the orange, yellow and white display.  We saw many daisies, but other species to be found in the park are Candelabra flower; Rooinaeltjie, Chinkerinchee, Strandsalie, Rooimalva and Leonotis Leonurus.

Those who are keen bird watchers could also have a feast as there are many different bird species to watch. If you are lucky, you could spot mammals like eland, caracal, red hartebeest, Cape grysbok and rock hyrax.  You could also look out for whales or dolphins in the Atlantic Ocean.

The Lagoon is spectacular.  The beach is sixteen miles in length and no fishing is allowed in certain zones.  Many threatened and endangered seabirds are bred on the islands within the lagoon.  We took many photographs of the stunning lagoon and the house boats floating motionless on the turquoise water. 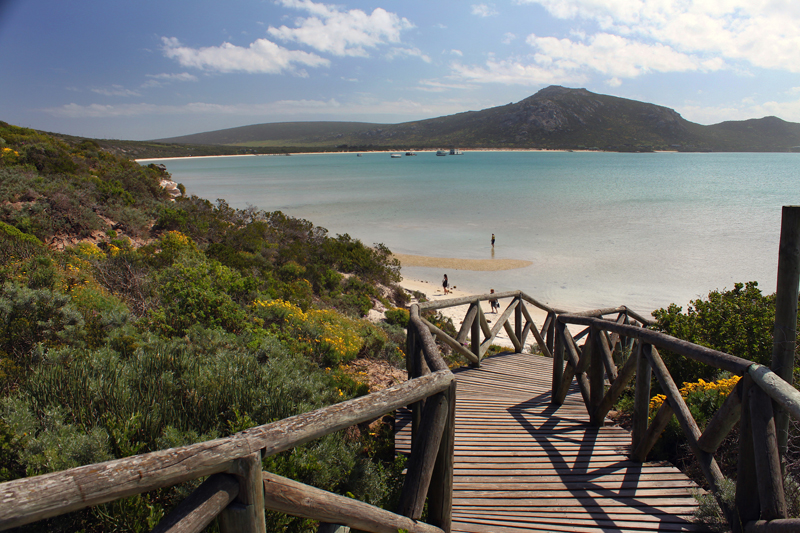 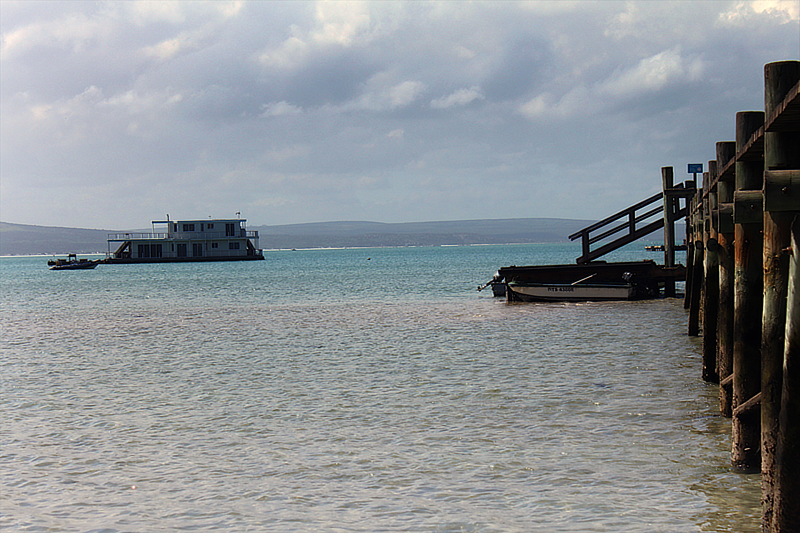 I remembered our first visit to this area included a visit to Churchhaven, which is a beautiful sanctuary with white-washed fishermen’s houses and a small chapel nestling somewhere along the lagoon.  We could, however, not find the entrance to Churchhaven this time.

For those who are hungry after a visit to the reserve, there is the Geelbek restaurant, but we decided to have lunch outside the reserve.  On our way out, we were treated with the scene of an eland grazing on a hill covered with daisies. 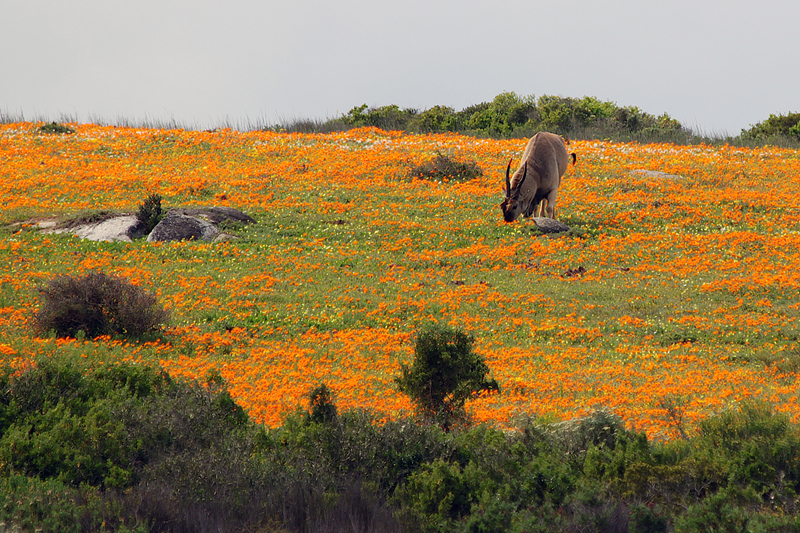 We enjoyed lunch at the well-known Pearly’s restaurant in Langebaan with a superb view of the beach and the lagoon.  Lunch was fish and chips.  On the beach, kite flyers were making good use of the breeze.  It was a most enjoyable day with an awesome display of the beautiful jewels of the West Coast.  How fortunate to live in beautiful Western Cape. 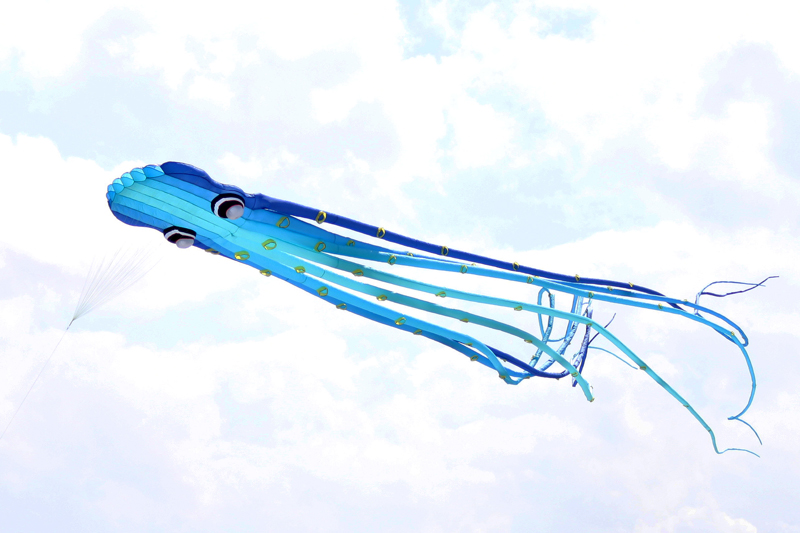 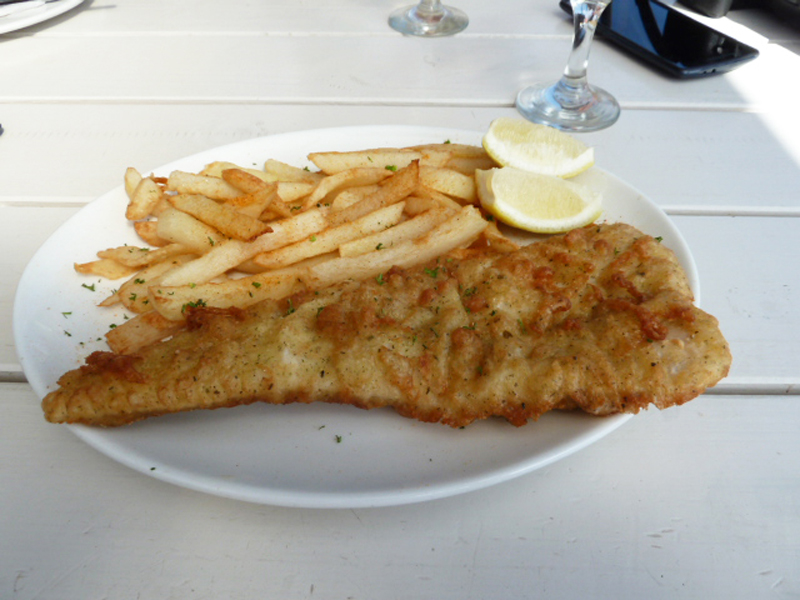 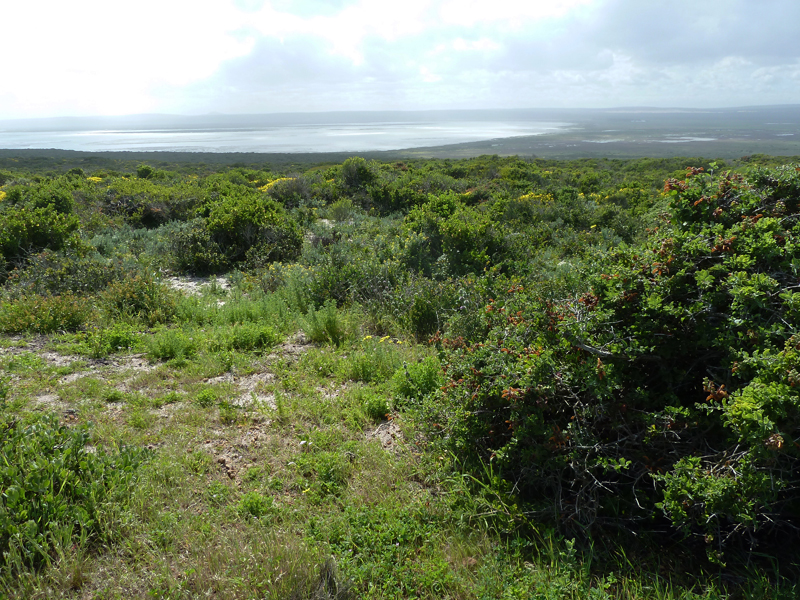