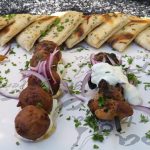 Our love for Greek food was ignited in Port Elizabeth when we first visited Zorba’s Taverna in Central.  When visiting Cape Town, we could never resist The Greek Fisherman, a Greek restaurant at the V&A Waterfront.  We spent a couple of weeks in Greece in 2010 and what a feast it was to live on a diet of Greek food. 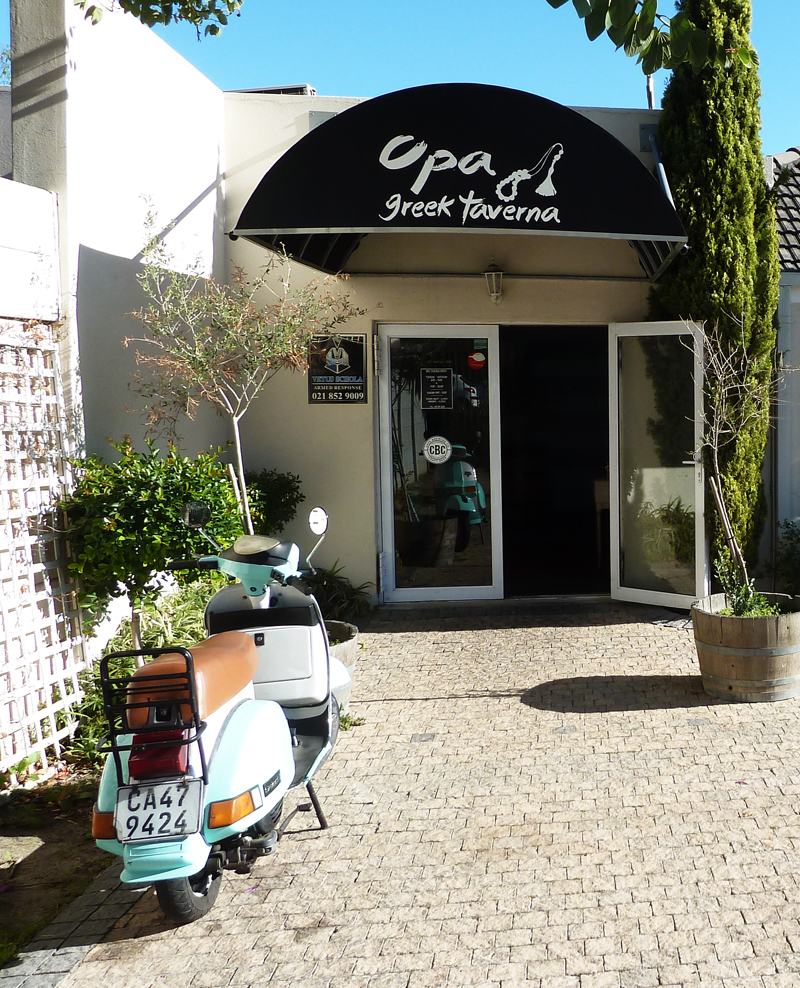 It was Friday again and time to search for a restaurant.  We agreed that it would be something Greek and called in the help of Google.  It was not long before we entered Opa Greek Taverna, situated on 171 Main  Road, Somerset West. 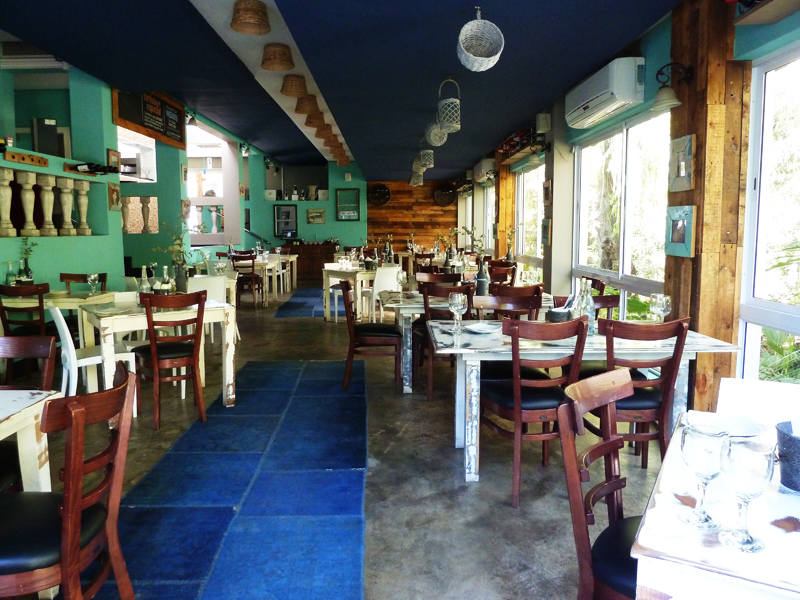 As we wanted to soak up the last bit of the autumn sun, we decided to sit outside in the leafy garden and not in the huge restaurant itself.  We were almost the only patrons, but the waitron explained that they were very busy in the evenings.  Those who are into belly dancing, could visit them on a Friday or Saturday evening for some traditional Greek belly dancing. 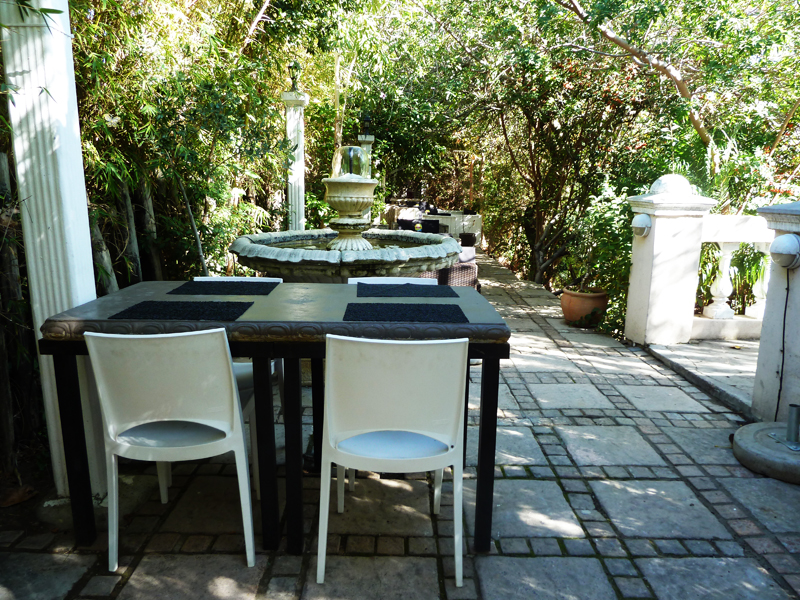 We were seated at a table next to a stream.  I just had to order my favourite of all Greek food, Moussaka, but sadly I was told that it was not yet ready for lunch.  We then had to order another favourite, the meze platter.  We could share a platter for two, consisting of two pitas; two dips and four types of meze.  It was a difficult choice, but we ordered Kolokithaki, flash fried baby marrow and brinjal sprinkled with Parmesan; a Chicken Skewer; Kefthethes or Meatballs prepared the Greek way and served with onion and tzatziki and lastly Opa Pork.  I am not a lover of pork, but upon tasting a sliver of the fillet done in tomato cream, chilli, red onion and Rosa tomatoes, I had to agree that it was excellent.  The two dips we chose with the pitas were Houmous and also Melitzanosalata which was finely chopped aubergine, blended with a light garlic dressing. 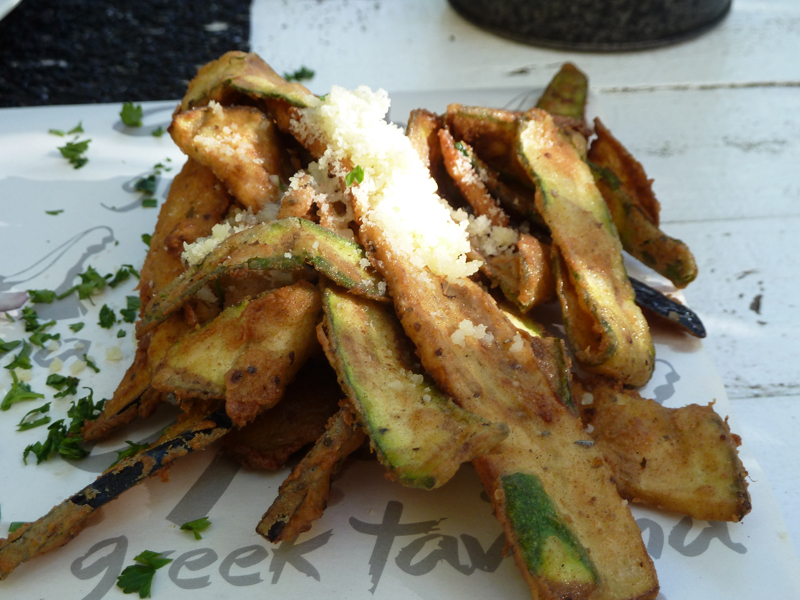 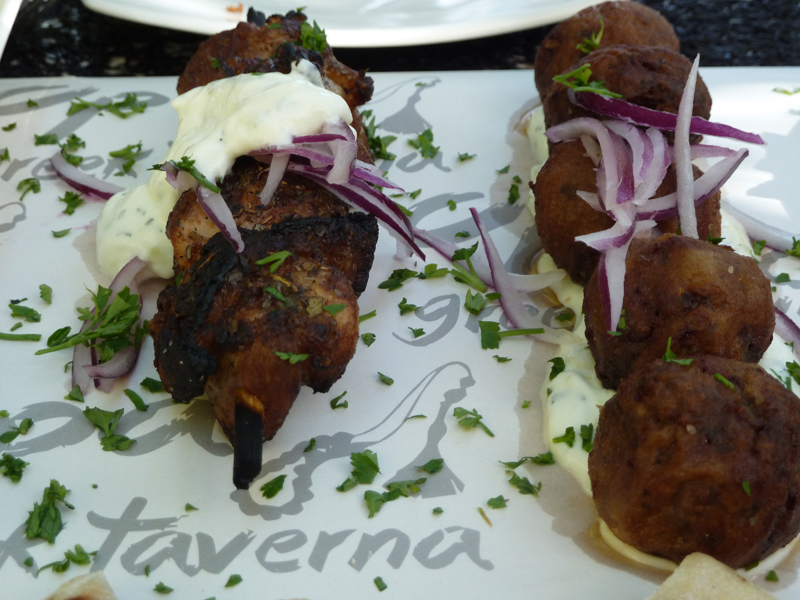 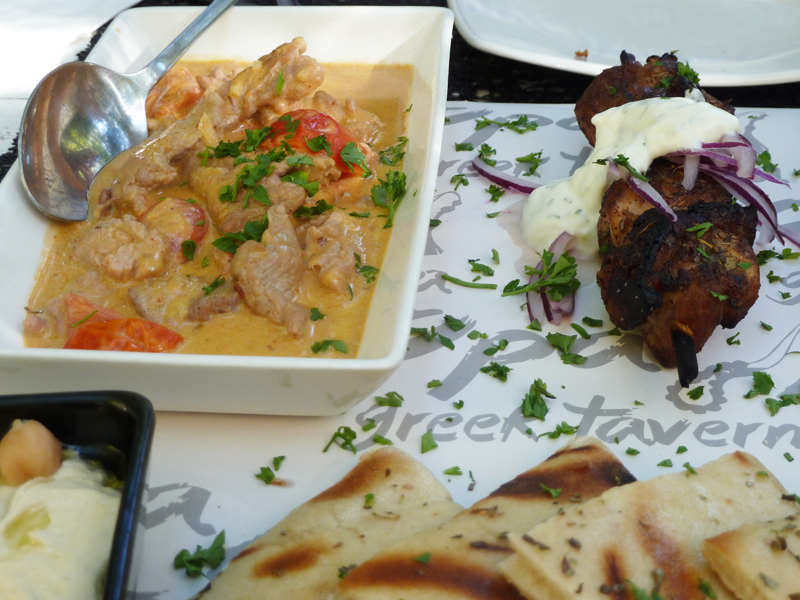 Although reading some negative reviews about Opa on Tripadvisor, we  could not find anything negative about the restaurant.  The tranquil setting in the garden, good food and great service could not get much better.  The restaurant owner and head chef Andreas’s passion for everything Greek manifistates clearly in his food. 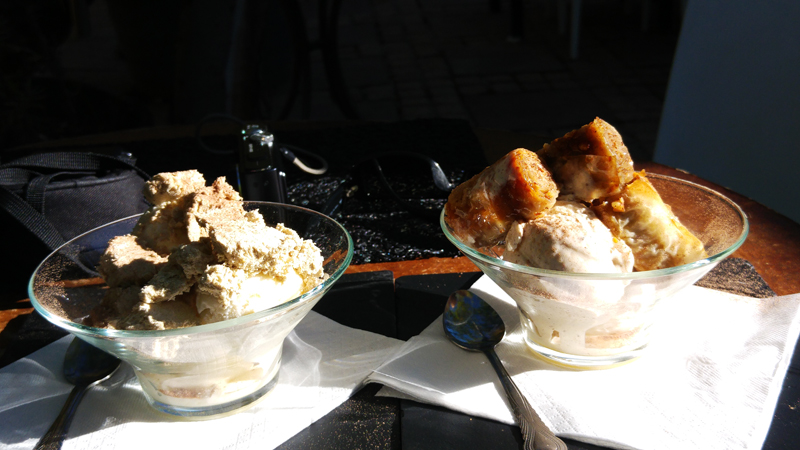 Halva and Baklava with Ice-Cream

Dessert was huge portions of Halva; Baklava and home-made Ice-Cream.  The word OPA! is used in Greek culture to express a feeling of joy, high spirits and happiness.  If I could describe the restaurant in one word, I would say…OPA! 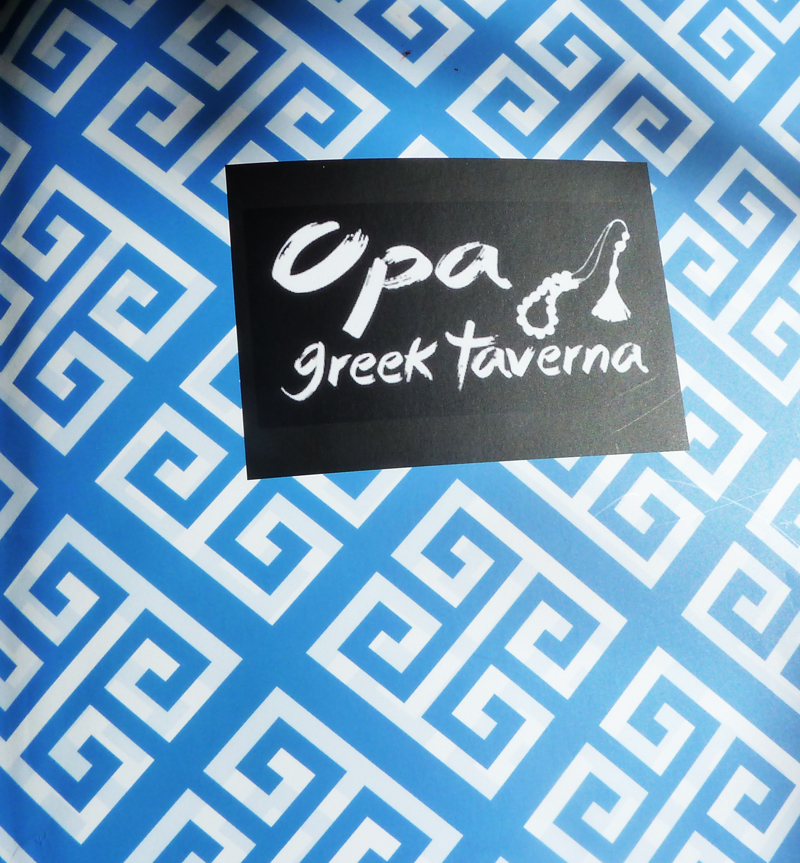