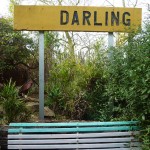 As a reward to ourselves for working hard during the first six months of the year, we decided to spend a couple of days in the small village of Darling, 75 km from Cape Town and 25 km from Yzerfontein along the West Coast. 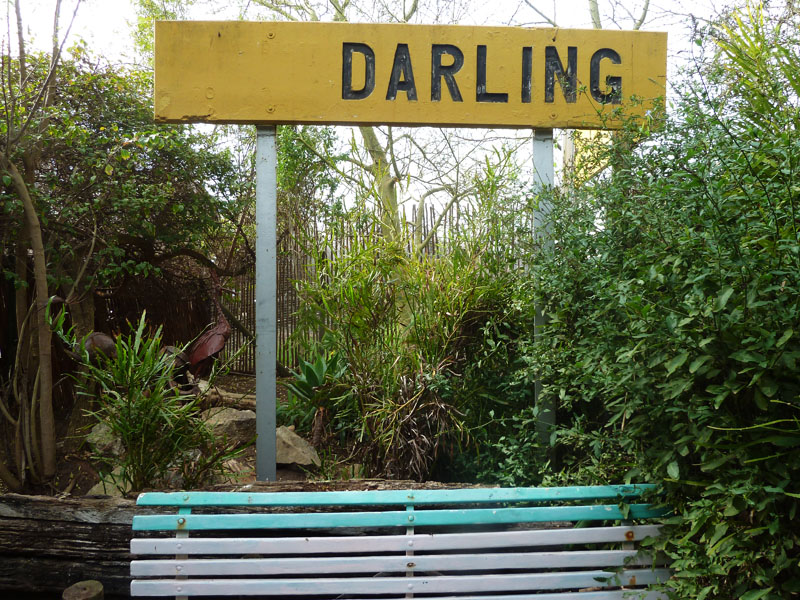 On our way, we noticed the dull and grey shrubs that is called Renosterveld, often dominated by Renosterbos. It is found only in the South, South West and South East Cape of South Africa. It is rich in species and bulbs and in spring it produces a wonderful display of flowers. Unfortunately the Renosterveld prefers areas with fertile soil and 90% of the veld has been replaced by cultivated lands.

When we reached Darling we decided that it was time for lunch. As Evita’s Perron (meaning train station) is synonym with Darling, we decided to have lunch there. We wandered through the quirky garden which reflects the sad days of apartheid and took some photographs. 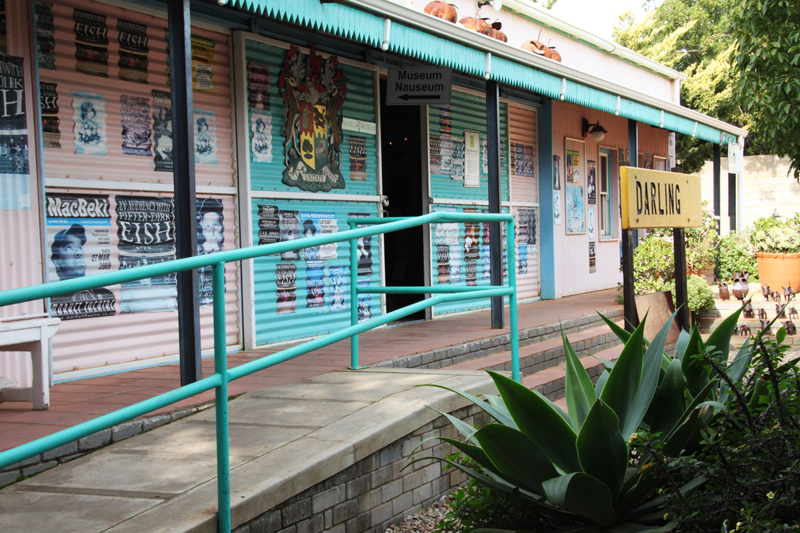 Pieter-Dirk Uys, well known as a South African satirist, social activist and performer, has converted the old Darling railway station into Evita se Perron which is the domain of Tannie Evita Bezuidenhout who is known as the “most famous white woman” in South Africa. The perron is a cabaret venue where Pieter-Dirk performs shows with a cast of familiar political characters. 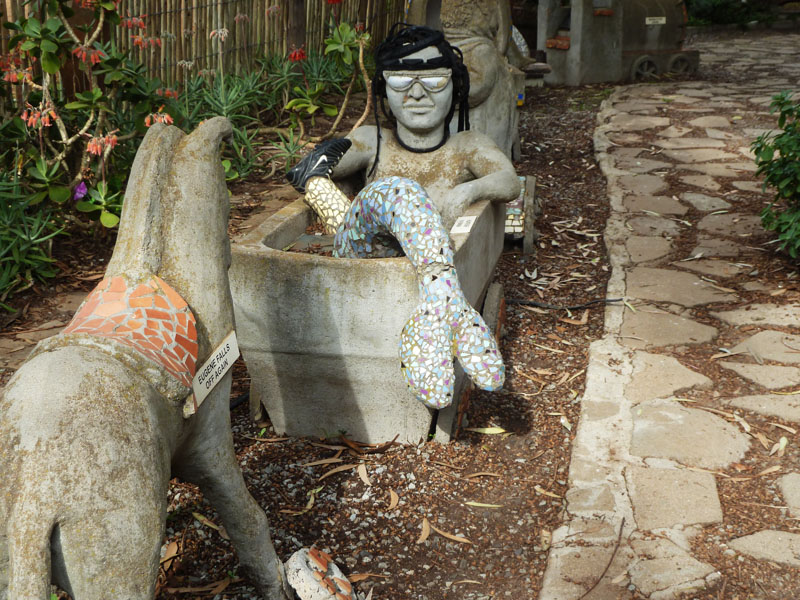 On the gravy train

The menu at the restaurant which is part of the setup was unfortunately very limited and we did not really have another option than the bobotie. We shared a traditional tipsy tart (brandy tart) for dessert. 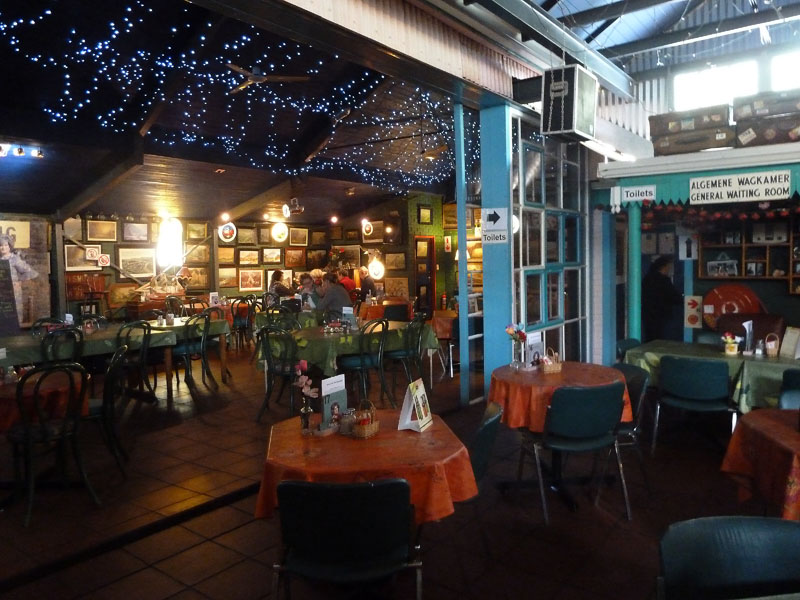 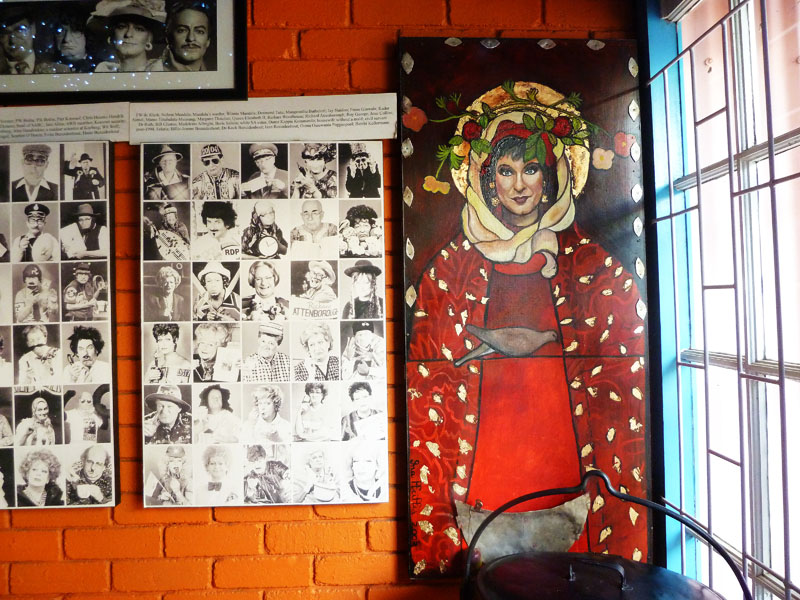 Then it was time to fetch the keys for our self-catering accommodation and joy, oh joy. When Deon opened the door of Aloe Cottage, we were thrilled, as it was the most beautiful house with everything you need. We especially enjoyed the fireplace which heated the whole house. 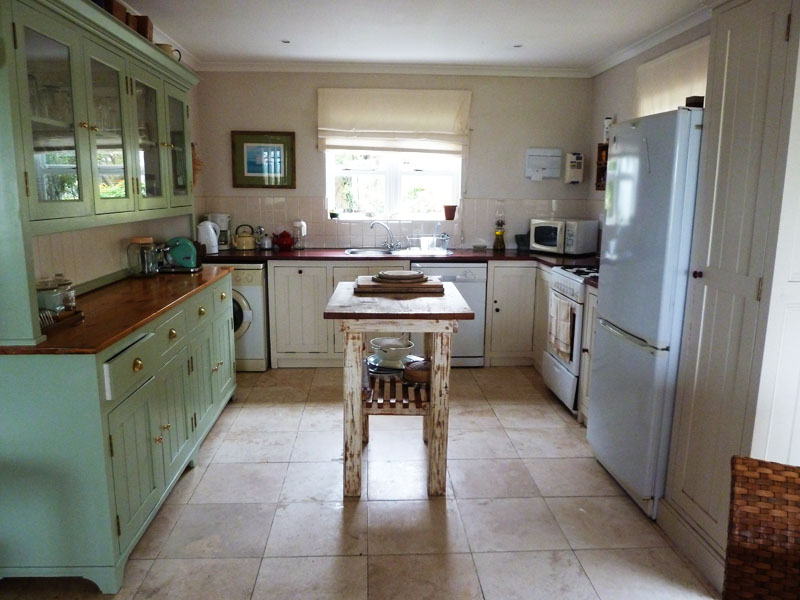 It was a bit of a surprise to realize that we had to provide our own supper, as the restaurants were closed in the evenings. But an evening at home in a beautiful home, a home-cooked meal, wine, a fire and interesting books were more than enough. Strange how at peace we felt so far away from the busy city life. 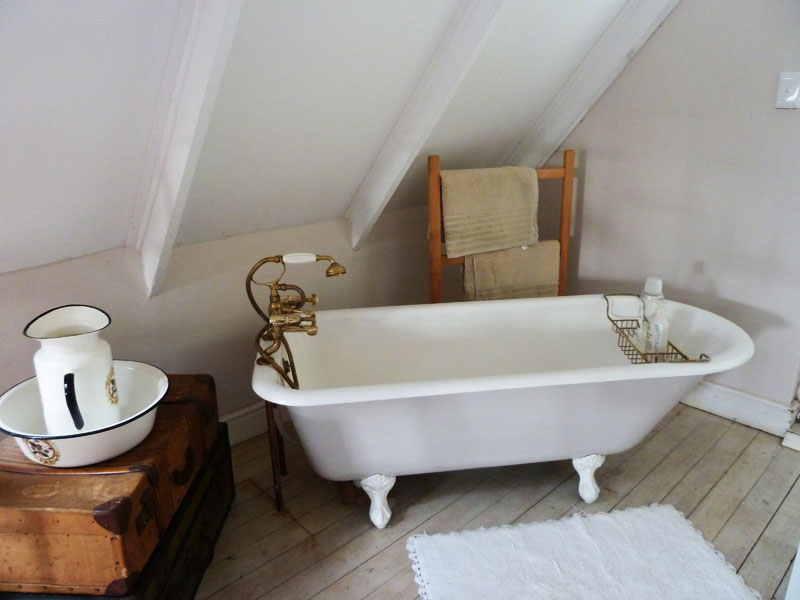 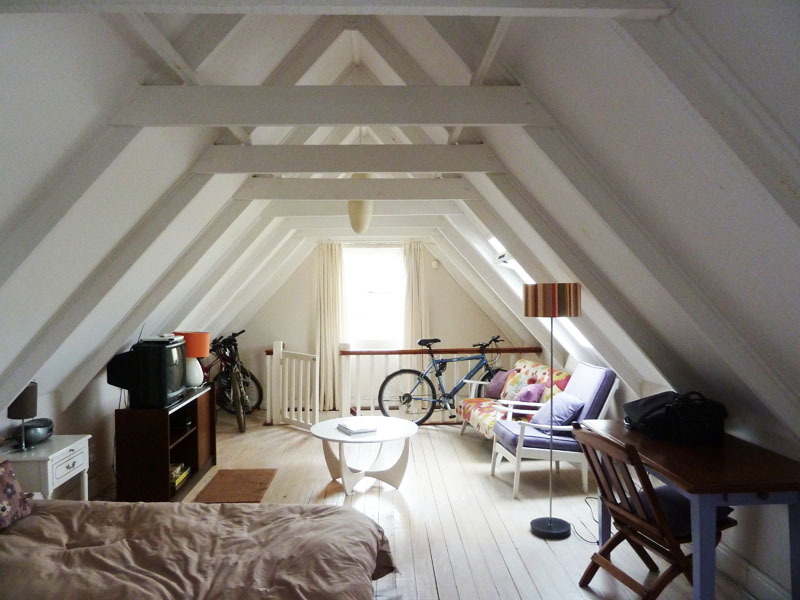 One of the beautiful rooms 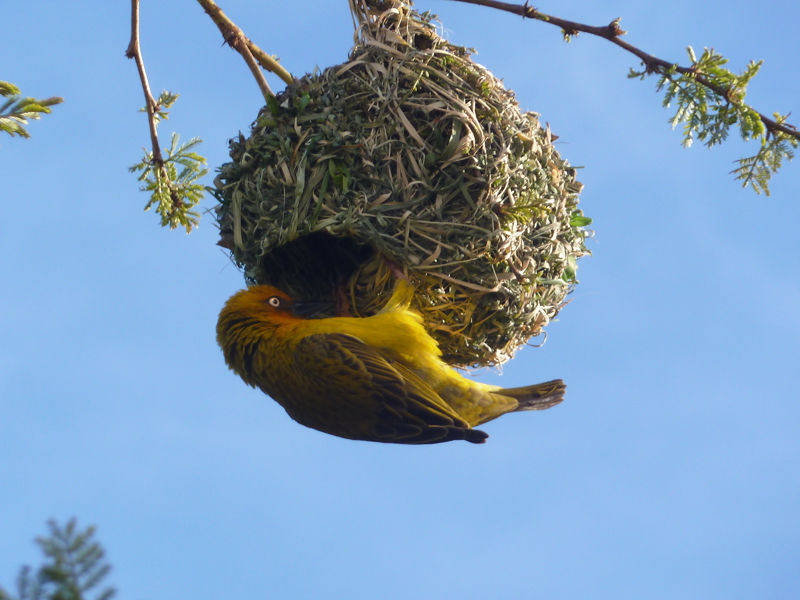 A weaver outside Aloe Cottage