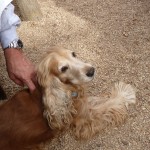 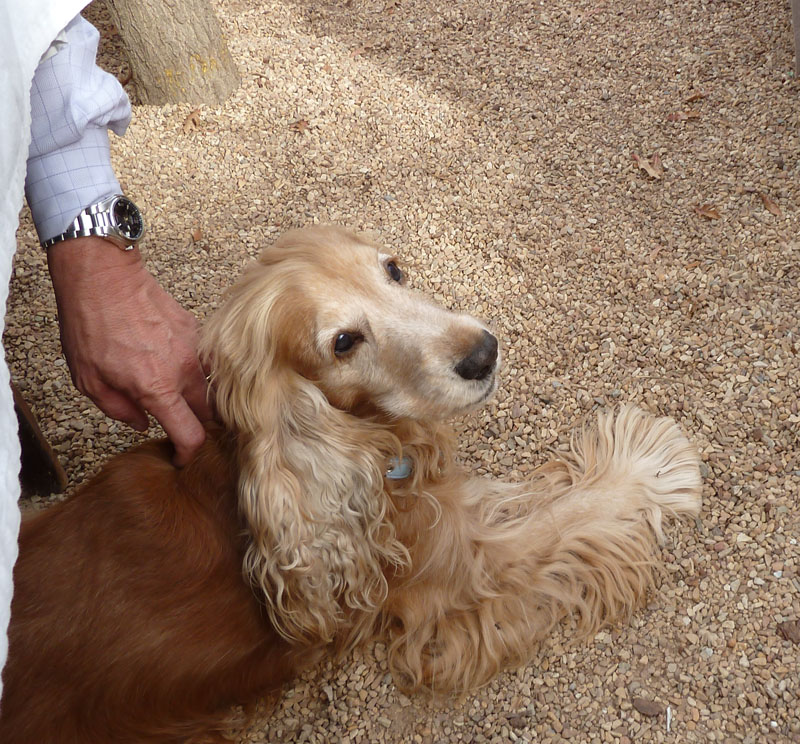 A year after relocating from Port Elizabeth to Cape Town, our best friend and companion, Luca, suddenly passed away.  It was so sad to say farewell to our beautiful Spaniel.

Luca loved visiting restaurants with us.  In the photograph we are at Café Paradiso in Kloof Street, Cape Town. How wonderful to have dog friendly restaurants.  Luca was the best behaved dog ever and knew that he had to put his best paw forward in public.  He was always presented with a bowl of water by the friendly waitrons. Three months after his passing, we decided to bring a new friend into our home.  Never ever did we consider adopting a cat, because we thought that we could only love a dog.  What a mistake!

We decided to adopt an adult cat and drove to Tears Animal Rescue in Fish Hoek one Saturday.  There were many beautiful cats, so choosing one cat only, was a real problem.  When I stopped at a cage, there was a petite black and white cat with a purple collar around his neck. When I stood in front of the cage, this kitty suddenly put his paw through the fence to play with my hand.  And I was in love.  We immediately booked him, but could only take him home after renovations at our home have been completed.  We often visited him until we could take him home.  The big day finally came, but when we arrived at Tears, they told us that he was at a cat show in Durbanville, just around the corner from where we live. So we had to drive all the way back to Durbanville’s town hall. There he was, moaning because he was cold and locked up in a cat carrier. 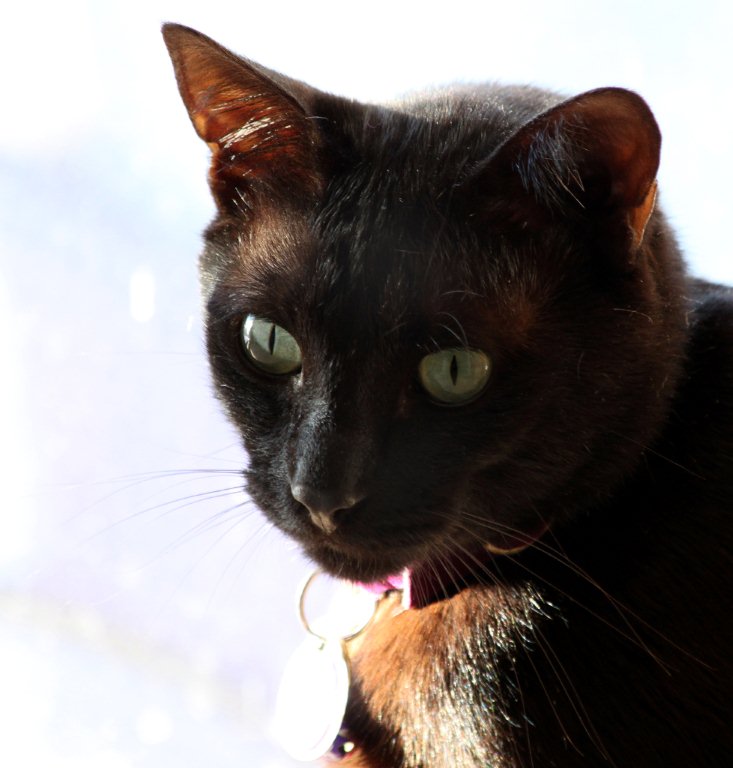 What a gem we found Leica to be.  We changed his name from Webster to Leica, because it was a new beginning for him and a new beginning deserves a new name.  In his previous life his owners left him behind when they moved.  Then he was at Tears for more than a year.  He adapted within a few days to his new lifestyle with us and today he is the love of our lives.  And he adores us too, we know that – especially when he looks at us with those beautiful emerald green eyes in his special way.

He loves it when we open a door for him.  He most probably stood in front of the door at his first home and nobody was there to open.  He loves to go out in the sun or to run at full speed through our house (of course he expects me to try and catch him) or at night, to sleep on one of us.  A new, good life for Leica, but also enriching ours!

Deon and I are keen photographers and we entered Leica for the TEARS 2014 calendar competition.  And yes, he will feature as the July 2014 kitty.  I cannot wait to see the calendar! 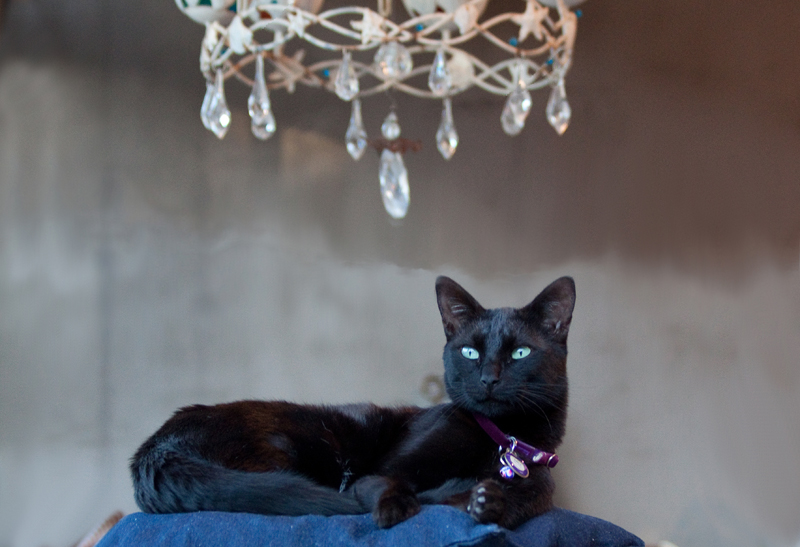