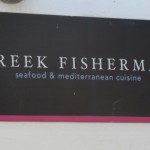 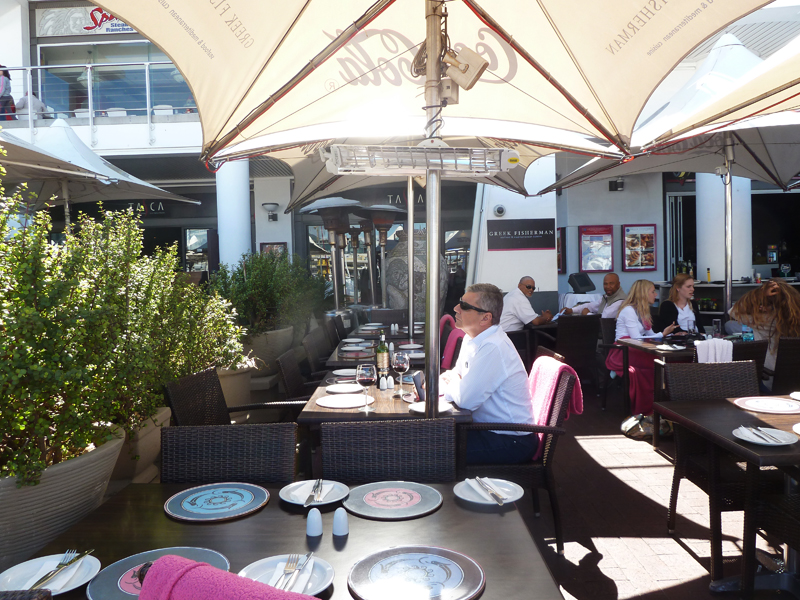 A favourite restaurant, even before we settled in Cape Town almost four years ago, has always been The Greek Fisherman, the oldest restaurant in the V & A Waterfront. It is still owned by the same people as when the restaurant opened in 1992.

Before their dramatic makeover a year or two ago, we ordered a fabulous meze platter for two which was served with freshly baked bread. It was the best meal anyone could ever wish for. But, to keep track with the times, they have added a modern twist to their menu which now includes Mediterranean and Seafood specialties. You can also choose from over 25 meze starters and tapas.

On an almost sunny day during the week, we headed off to the Waterfront and had lunch at this restaurant. Deon ordered a Seafood Platter for one and I ordered their traditional Moussaka. Both were excellently prepared and we again agreed that this is one of the best restaurants in Cape Town. Eventually everybody sitting outside on the deck was wrapped in soft pink throws, provided by the restaurant, as it was quite chilly, but the view and good food made up for the cold weather. 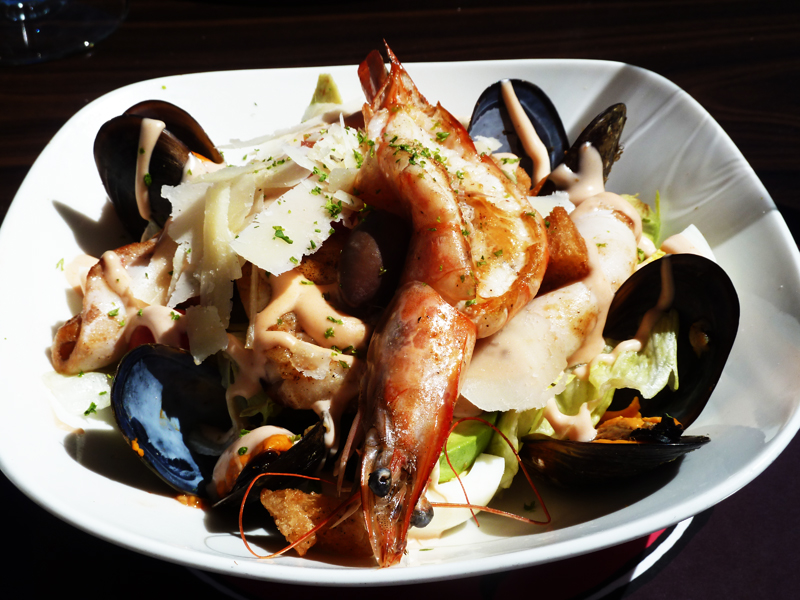 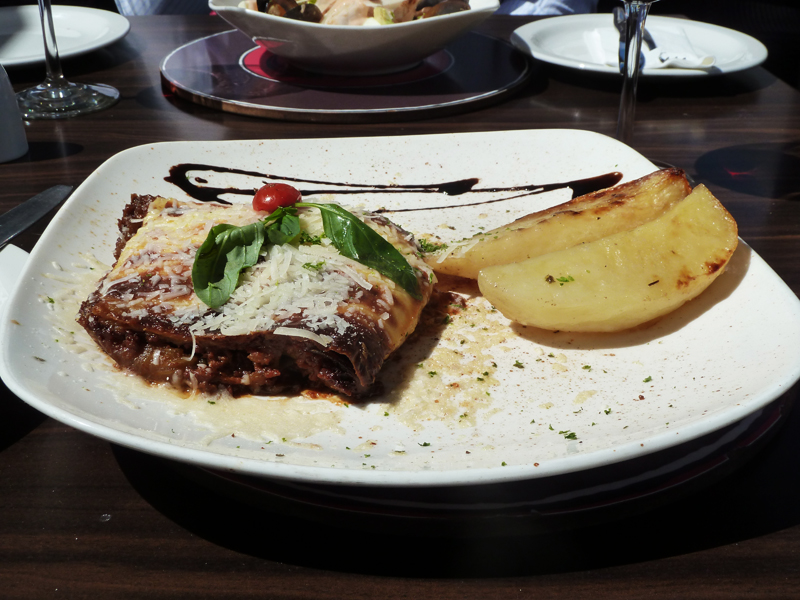 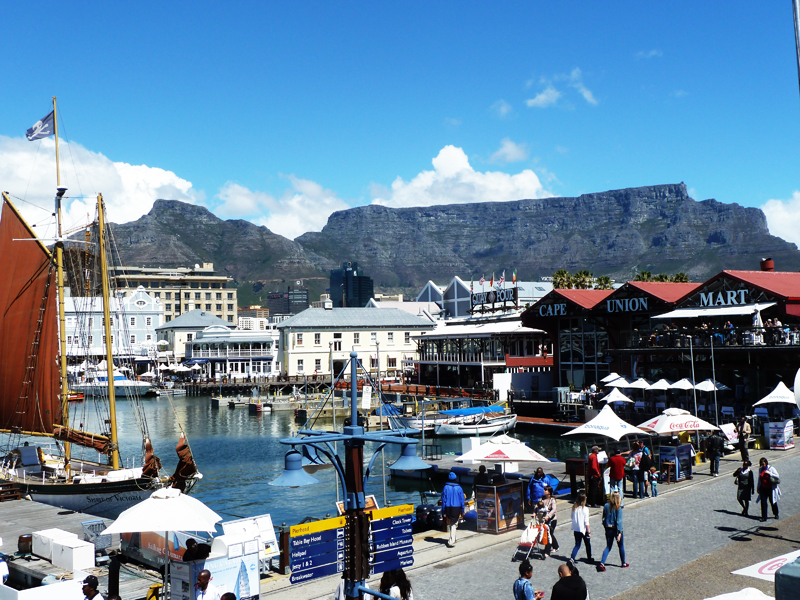