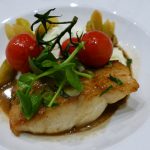 As we are at last entering winter in the Western Cape, Deon and I are getting more housebound (read lazy) and prefer to stay at home on Fridays. But last Friday I felt like exploring and Deon suggested that we find a restaurant around Franschhoek.

It was a lovely sunny day and we enjoyed the scenic drive to Solms-Delta where we would have lunch. When we entered the restaurant, called Fyndraai, a welcoming fire was burning in the fireplace. The restaurant was filled with elderly tourists who left after a while, leaving the two of us as the only remaining guests. 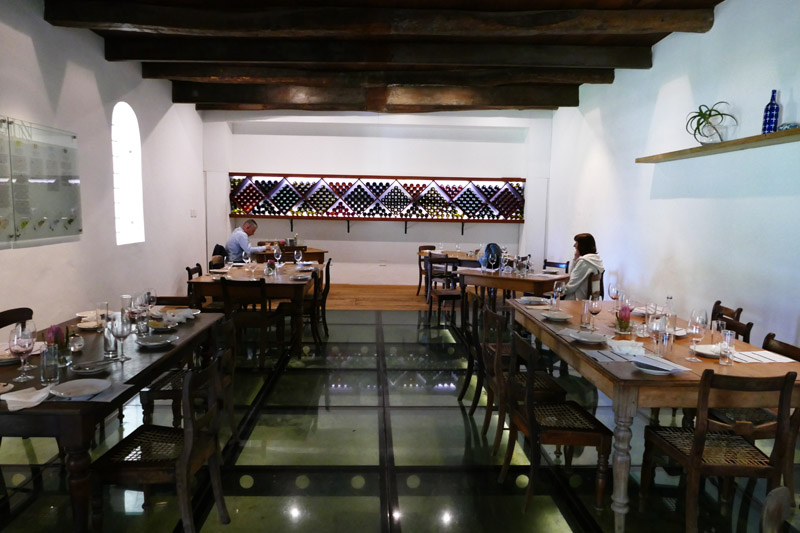 The Interior at Fyndraai Restaurant

The menu offered a couple of traditional dishes of which I ordered Kingklip which was served with Waterblommetjies. Deon ordered Paella. My dish was tasty, but Deon’s Paella was dry and unfortunately tasteless. We had to ask the waitron to light the citronella candles on the table as a couple of flies were very interested in our food. 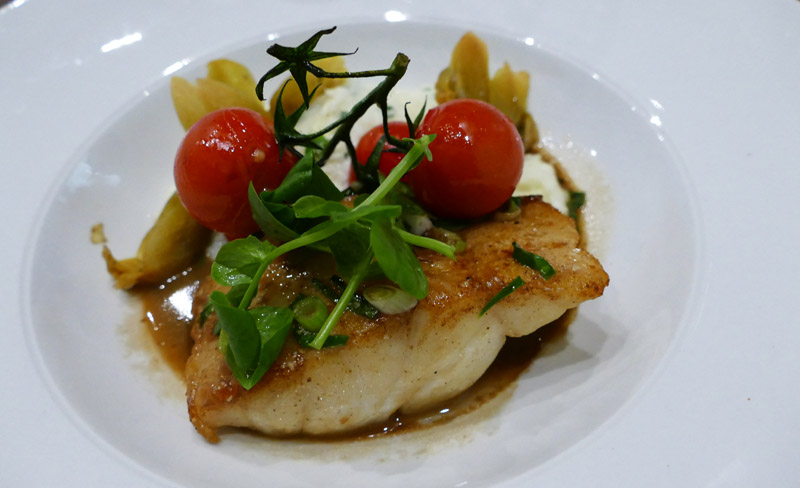 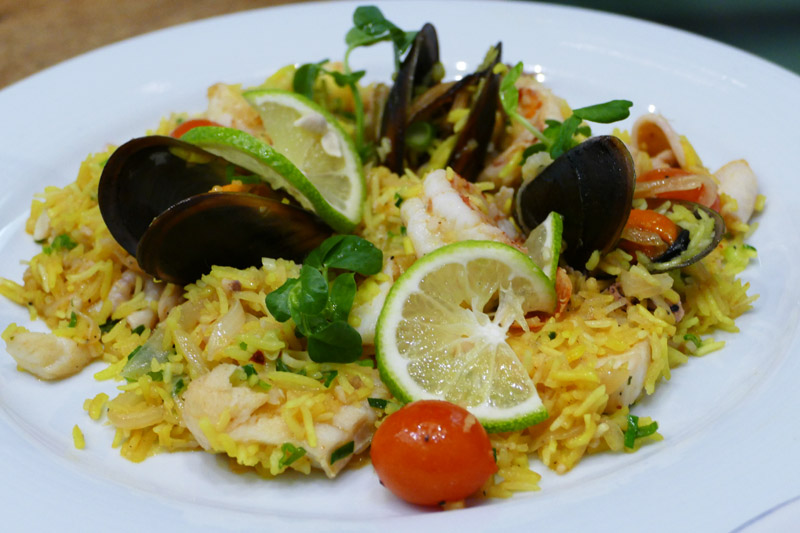 Then it was time for dessert. Something that I really dislike, is a hot dessert that is served cold. My very traditional Malva pudding could have been very tasty, but it was served cold. Deon’s old fashioned Milk Tart was also not up to standard. 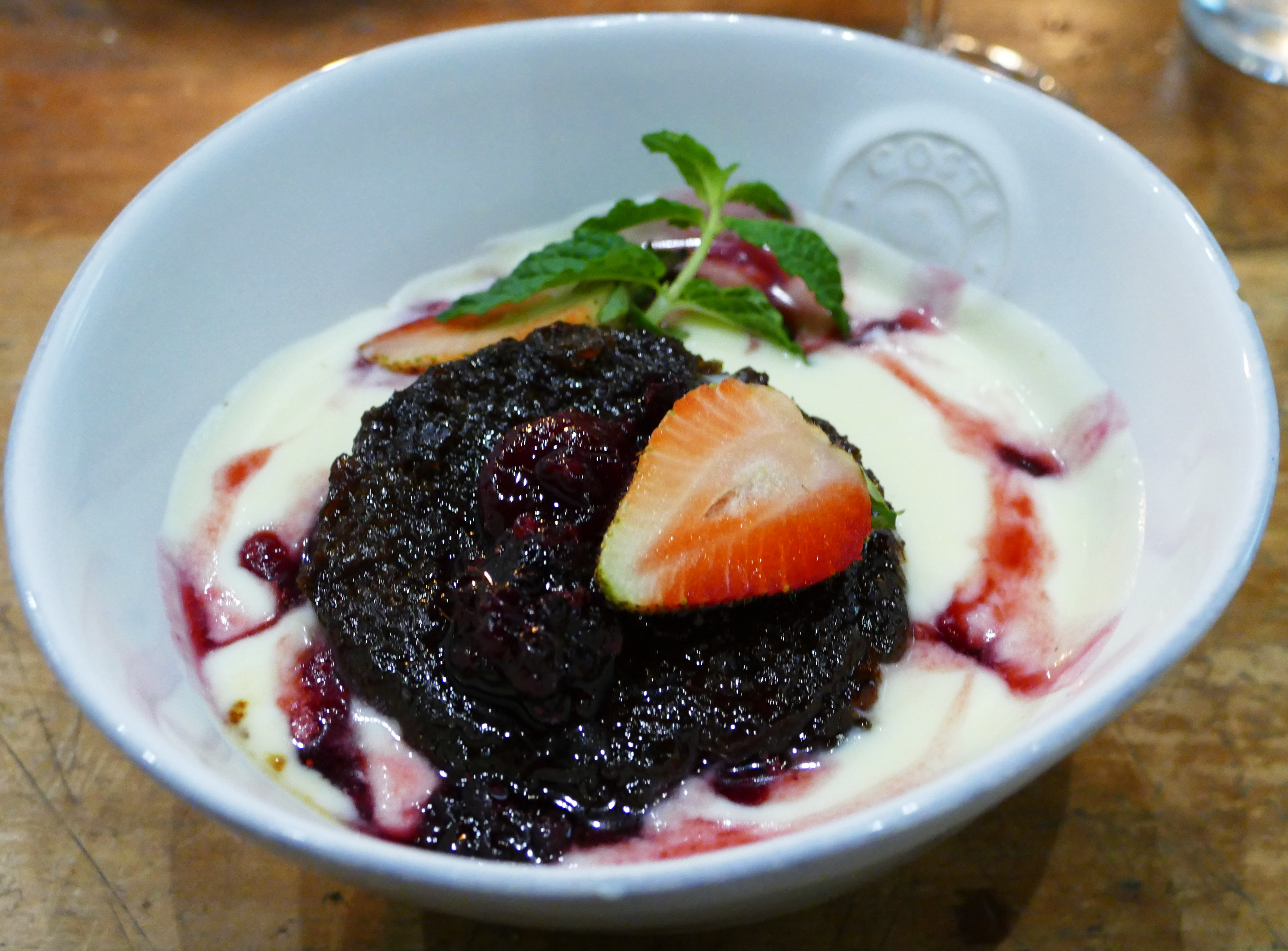 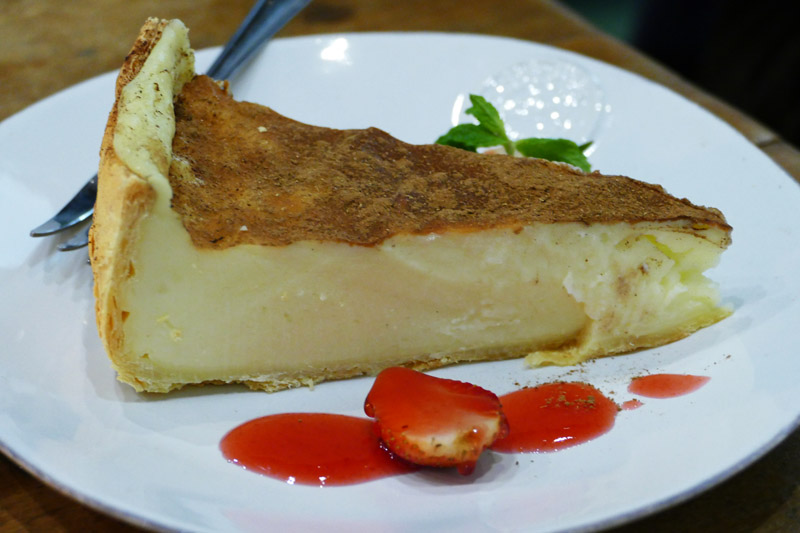 I do not usually criticize the restaurants that we visit, but maybe this will encourage them to pull up their socks. With just a bit more imagination, it could be a beautiful venue with great food. It was a disappointing meal which came with a heavy bill. Sorry, but this was not a great experience.