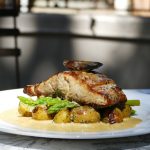 On Friday, 17 March, we decided to celebrate my birthday a day early, as we would both be working on Saturday.  I wanted to have lunch in one of Cape Town’s oldest towns, Riebeeck Kasteel, named after Commandor Jan van Riebeeck, the Dutch founder of Cape Town.  The town of Riebeeck Kasteel was laid out around the Dutch Reformed church and the Royal Hotel, South Africa’s oldest hotel. 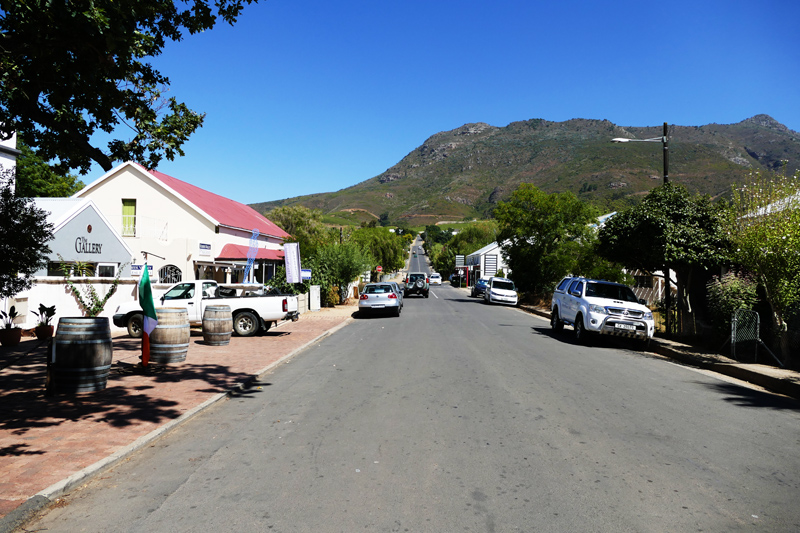 The Riebeeck Valley, in which Riebeeck Kasteel and its sister town Riebeeck West are situated, is famous for olive farming and the production of excellent olive oil.  There is an olive festival annually during the first week of May with the best of the valley’s olive products, wines, cheese, jams and many other delicacies to enjoy.

Before lunch we strolled through the beautiful town and took photographs of the quaint shops while enjoying the Mediterranean climate. In summer, temperatures become sky high, therefore we find it best to visit in autumn, although winter has its own charm, especially when sitting in front of a cosy fireplace. 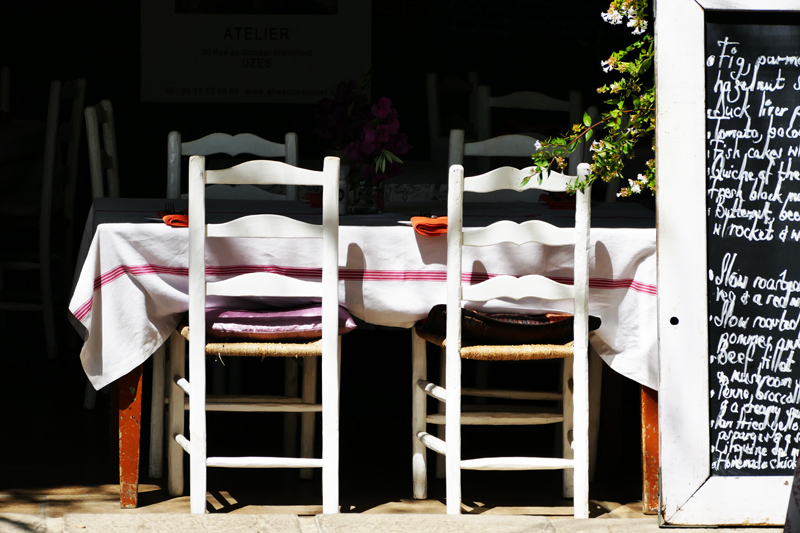 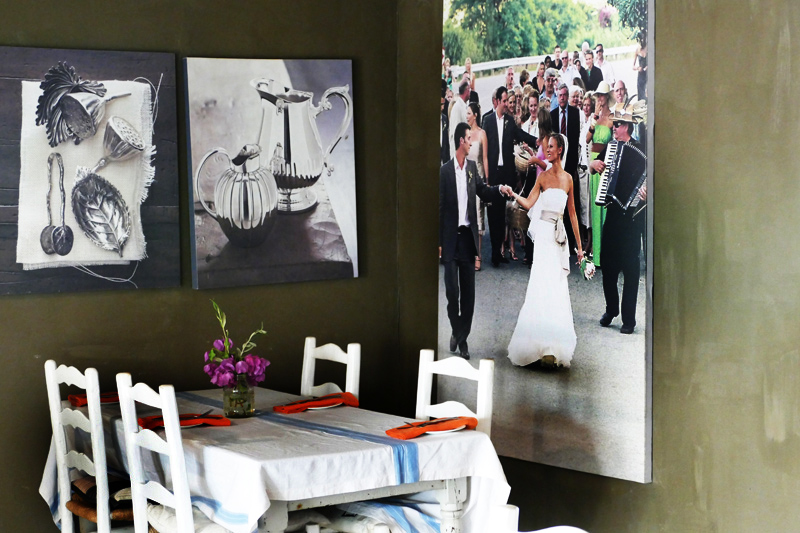 Then we were off to taste the French-Italian country cuisine of Café Felix.  Upon our arrival, we realized that we have been there before with our beloved Spaniel, Luca.  Luca accompanied us to many restaurants before, behaving as if he knew that he was expected to put his best paw forward. 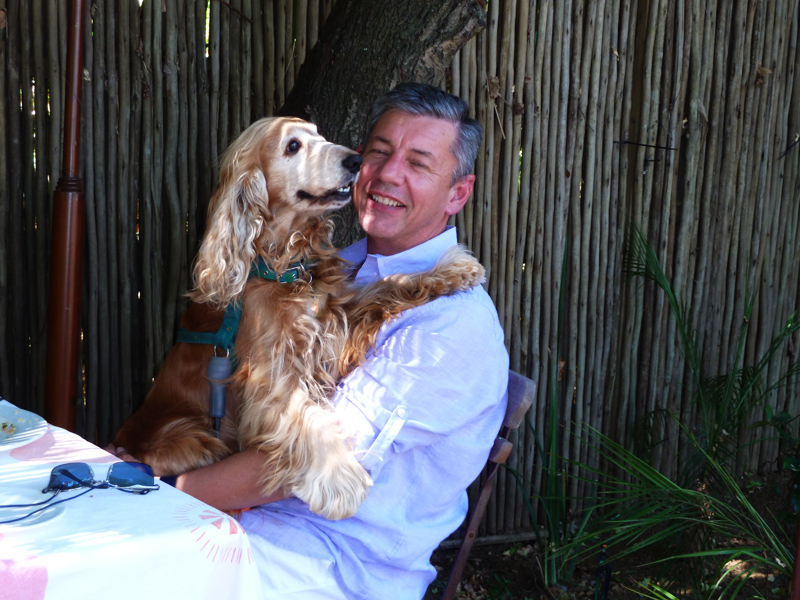 Deon and Luca, our first visit to Café Felix

Next to the building in which the restaurant is situated, on the same property, is a guest house, Old Oak Manor.  The guest house was a farm house in 1860, now converted into a stylish venue for weddings or other festivities.

Café Felix was named after the first owners’ black cat Felix, who was an abandoned cat rescued from death in a park.  Our own black cat, Leica, is also a rescue abandoned by his original owners.  Café Felix was thus a good choice to celebrate my birthday.  The building dates back to about 1860 and is stylishly renovated and decorated a la Mediterranean style. Most guests preferred to have lunch in the garden underneath a huge oak tree. 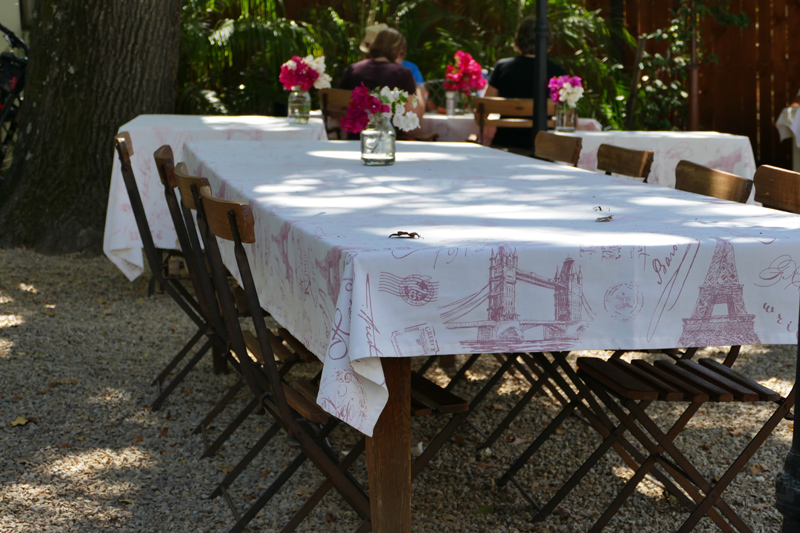 Lunch under the trees 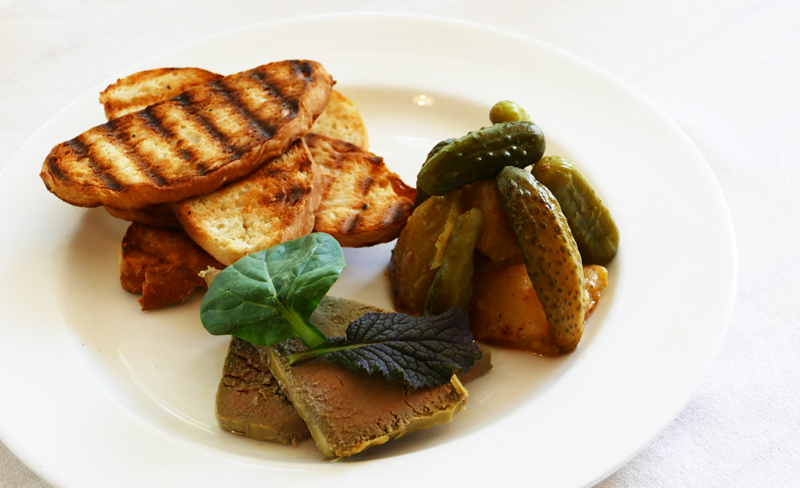 For mains, I had yellowtail with crushed potatoes, mussels, asparagus and a saffron sauce. Deon ordered beef fillet served with dauphinoise potatoes, veggies and a mushroom sauce. It was quite delicious and presented beautifully, as was the dessert, which was lemon cheese cake. 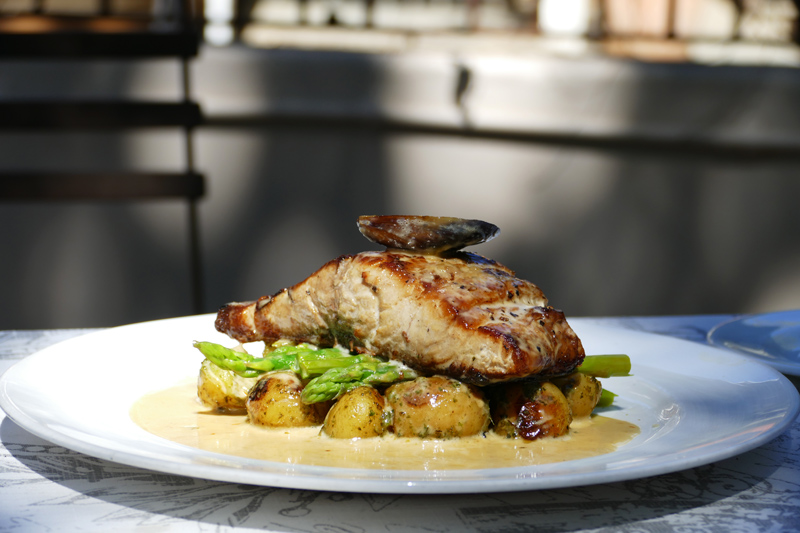 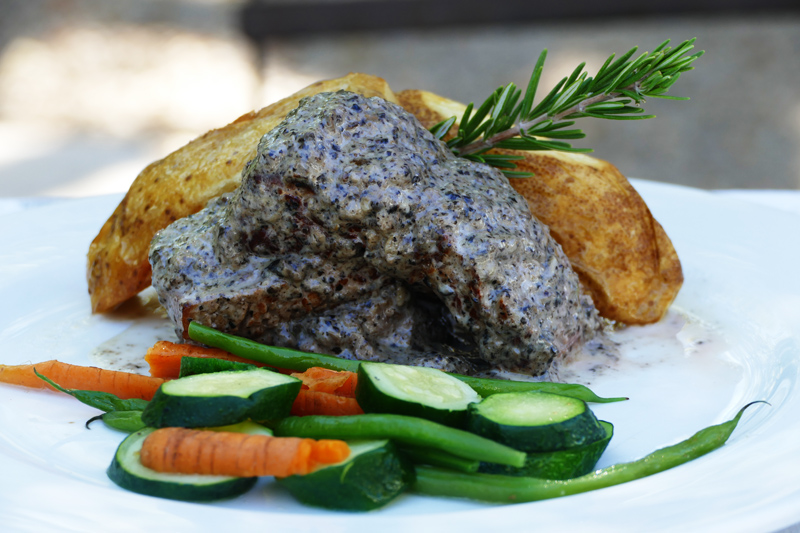 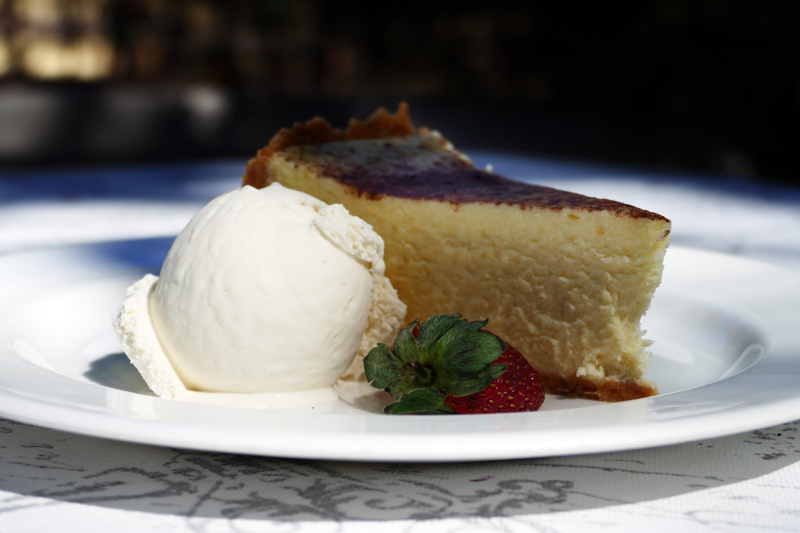 The only slight problem we had, was the service.  If the service was slightly more enthusiastic, Café Felix would have been the perfect venue.  A very apologetic manager compensated for the waitron’s bad attitude.

Apology accepted, we drove back to Durbanville after a relaxing day in one of the most beautiful towns in the Western Cape.  What a privilege to live in beautiful Cape Town with a quaint town like this, just an hour’s drive away from where we live. 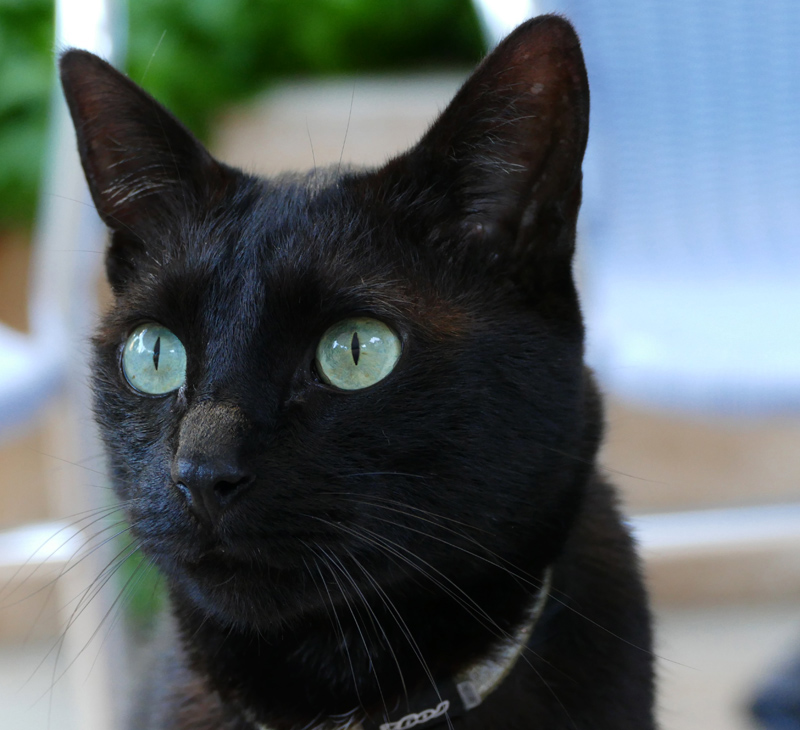 Our own black cat, Leica