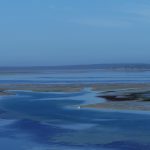 I accompanied Deon in August to Langebaan where he had to meet with clients.  As their meeting was late afternoon on a Saturday, we decided to overnight at the Farmhouse Hotel which overlooks the Langebaan Lagoon. 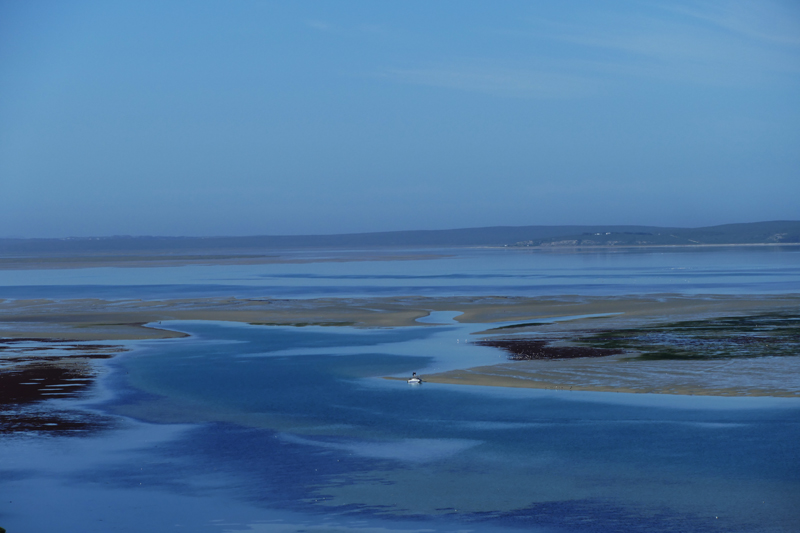 Langebaan is situated 120 km north of Cape Town and is very popular among tourists.  The Langebaan Lagoon is a salt water lagoon which stretches for 17 km from Saldanha Bay to Geelbek in the south.  The lagoon is popular for water sports and it is one of the main attractions of Langebaan.  It is a real haven for water sport lovers.  If you are not into water sport, you could just admire the view.  No industries are allowed in Langebaan – it is known as a holiday and retirement village only.  If you are lucky, you could spot some whales during the months of October and November. 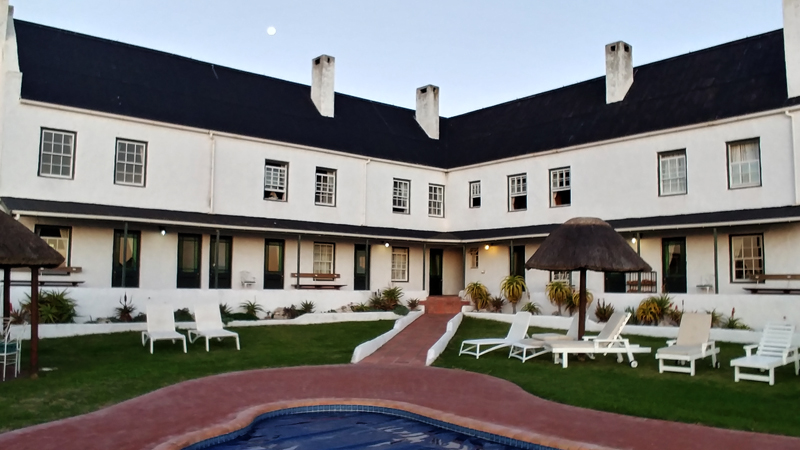 While Deon was busy with his clients, I walked around, admiring the view of the lagoon in the setting sun.  That evening we had dinner at Kokomo restaurant, which had a welcoming woodfire.  Deon ordered Mussel and Fish Curry which he said was very tasty.  I ordered Pasta Trinchado, but did not realize that it was a dish with beef and not chicken.  Luckily Deon did not mind to help me eat the beef.  Kokomo was a good choice as the service was good, the restaurant had a laid back atmosphere and the food was excellent.  For dessert we went to Flags restaurant, but we were the only patrons at the restaurant. 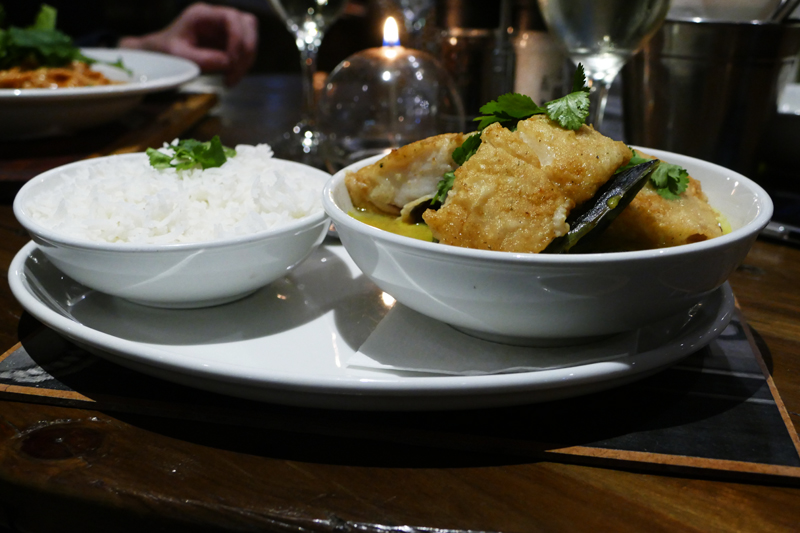 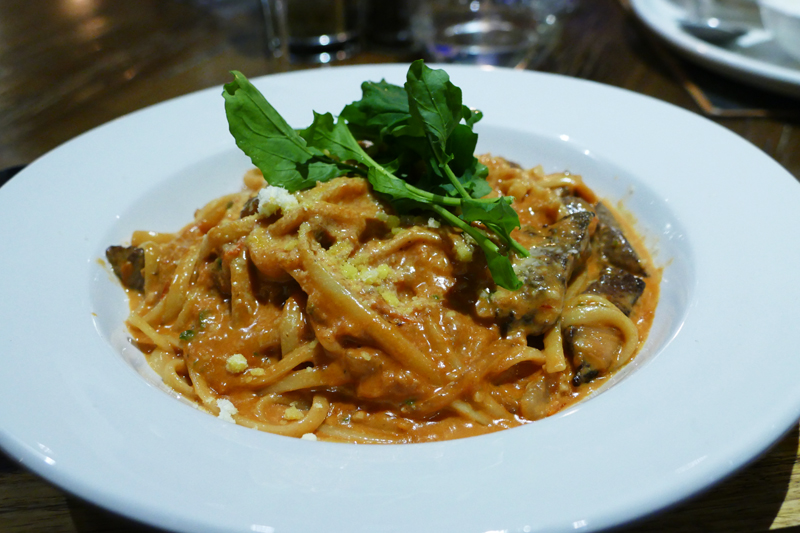 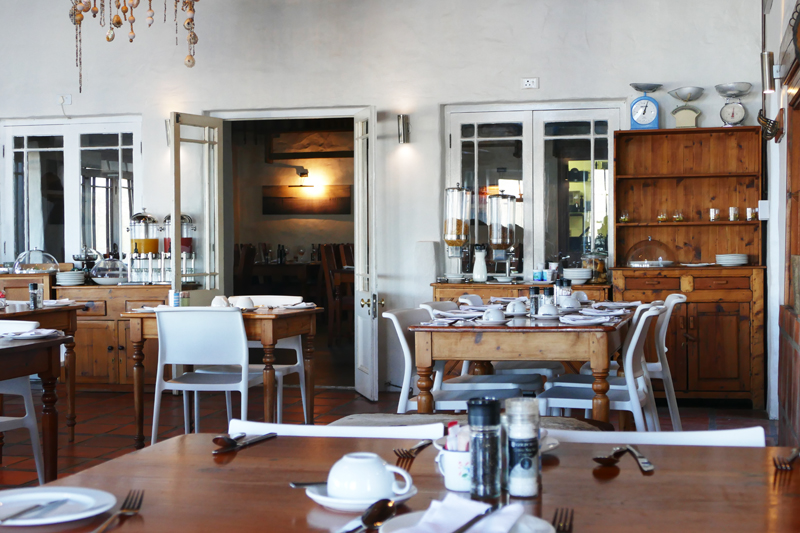 The next morning, after breakfast in the beautiful breakfast room of the hotel, we drove to Klub Mykonos Resort where we took a couple of photographs.  It is not the proper Mykonos in Greece, but with a windmill or two and even replicas of the lions of Delos, you could imagine being back at Mykonos again. 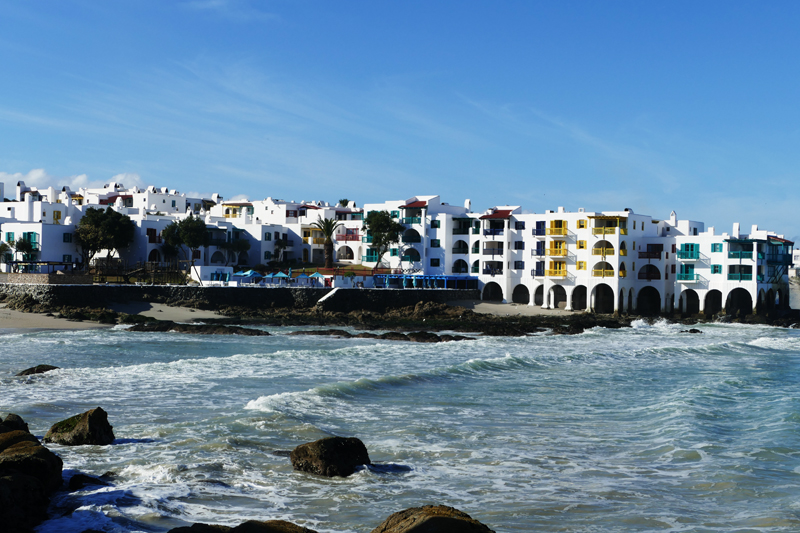 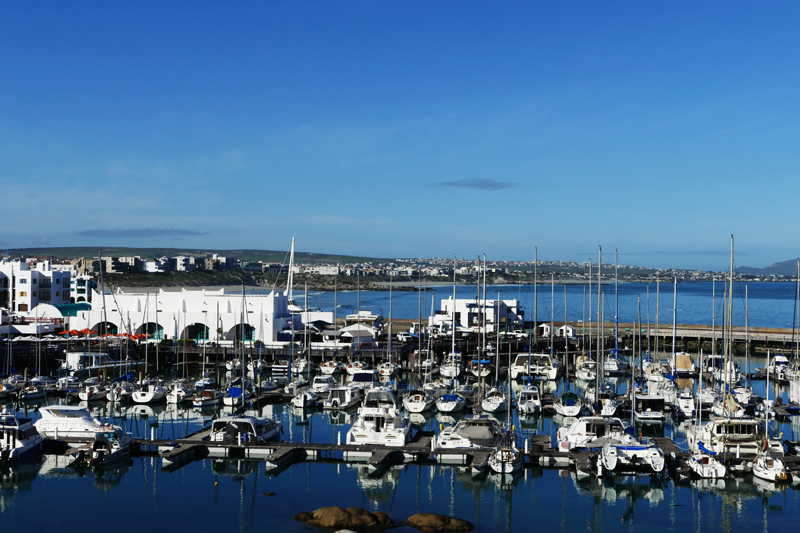 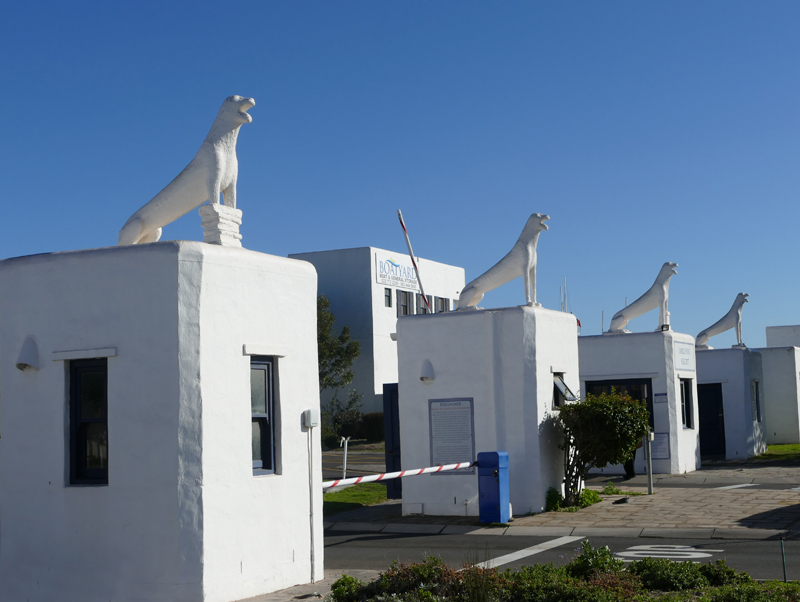 The Lions of Delos

It was a lovely short break in our busy schedules.  We were again thankful that we have the privilege to live in Cape Town, so close to many beautiful destinations. 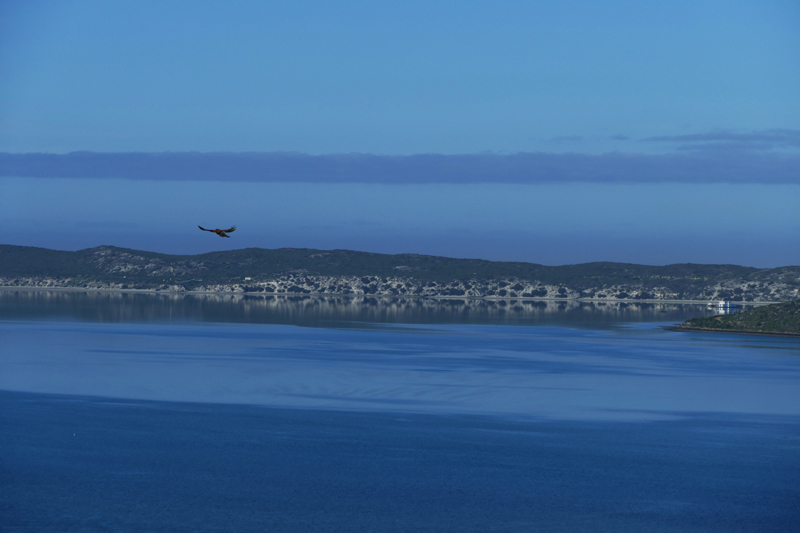